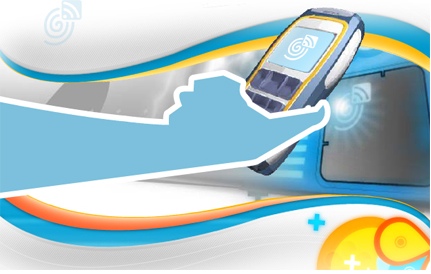 Every day, new headlines hit about how near-field communication (NFC) chip technology is about to shake up the mobile payment industry. The carriers are pushing it. Google and even Mastercard are too, according to reports.

The promise of NFC is seductive: It turns your mobile phone into a wallet. Wave your phone at a store reader and — voila — your mobile payment goes through when your phone communicates wirelessly with it. NFC lets you do away with credit cards, check books and other clumsy payment methods. What’s not to like?

But some seasoned players in the industry think the technology is over-hyped, and has yet to show any real value; they argue it will take several years before it gets any traction at all. One of them is Marty Beard (pictured right), who is president of Sybase 365, the unit within Sybase that runs the largest mobile messaging business in the world. I sat down with him in an interview at the CTIA conference last week in Orlando, Florida. 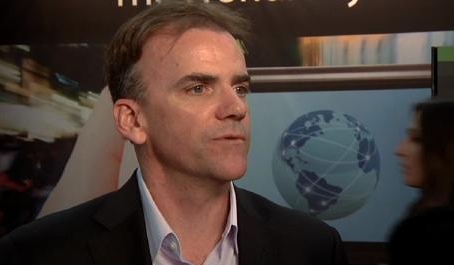 More on this in a sec, but this discussion about mobile payments is one of the five themes we’re focusing on at the VentureBeat Mobile Summit, on April 25-26. We’re really excited about this new event: We’ve carefully invited who we think are the top executives in mobile to discuss the biggest challenges of the day, which, if solved, can lead to much faster growth in the industry. And at our payments session, we’ll have everyone around the table, from Visa’s head of mobile products, to the CEO of Dynamics Inc. — the disruptive credit card company that launched last year — and Verizon, which has a related initiative it is unveiling soon. (If you think you should be part of the discussion, you can apply for a ticket.)

Back to Sybase. Beard’s unit delivers more than 1.5 billion messages a day, acting as the SMS service back-end to many of the world’s leading carriers and large businesses. So he can see where and how messaging is being used, including with mobile payment and transfer activity. 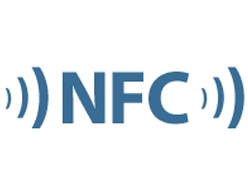 He says “obsession with NFC” is unjustified because it still hasn’t shown how it is better than existing technologies. When I talked with him, he’d just participated on a panel on payments at the CTIA conference in Orlando, where a moderator asked about NFC over and over, as though it was the panacea to mobile payments. “Everyone is jostling for position,” he said, “but will people actually use this thing?”

He said he’d come to CTIA hoping to hear what the value add of NFC really is, but still hasn’t heard it. On the most basic level, whipping out a credit card to pay for something takes just a few seconds. So taking out a phone, opening an application and then waving it in front of a reader isn’t going to save a whole lot of time, if any. And even if carrying just a mobile phone and no wallet does become more efficient for some people there are other mobile payment technologies that work well already.

Specifically, SMS is being used by lots of people to make payments — especially outside of the U.S. People are doing things like topping up their phone accounts with credit, or transferring money via texting — where their phones are associated with a carrier plan. NFC really offers nothing unique.

You could say he’s biased, because Sybase already leads the industry with by offering text-messaging services for payments. And that business is growing like crazy: Beard isn’t giving out exact numbers, but it more than doubled last year and is poised for similar growth this year. “Mobile commerce is exploding,” he says. Now, it’s not like Sybase is sticking its head in the ground. It is now part of the software giant SAP, and the entire company is embracing cloud-based technologies — the kind that are driving mobile applications that are behind NFC. On the other hand, if NFC is adopted, Sybase would no longer own the infrastructure behind such payments, so it is a threat.

Still, we’ve talked with enough analysts to believe that mobile payments like NFC will come at some point. If you use a phone to make payment, it’s just so much easier to do other things, such as have the transaction and receipt details sent to a personal finance management app.

That promise, however, will take years to realize. Millions of stores and businesses will have to adopt the readers to accept such payments, and that may mean investments they’re not ready to make. Consumers will have to buy smartphones that carry relevant chips — and only one in four people own smartphones right now, not to mention those that carry NFC chips. And there are the dogfights that will break out with incumbents like the credit card companies, who don’t want to change. And even in those countries where similar technology has been rolled out — including in Japan — it’s not really taking off. Japan’s main carrier, DoCoMo, first launched a “contactless wallet phone” effort in 2004, but the nation’s carriers have struggled over standards, and only now have they reached agreement on the NFC standard. Only about 10 percent of the Japanese population is using the technology, according to Mark Donovan, who runs ComScore’s mobile practice (who will also be at the Summit).

And NFC does make sense in the longer timeline, he says. For one, people will find NFC-enabled apps more secure, at least compared to texting technology. Mobile banking is also exploding in use, he says, and that will translate into comfort with mobile payments. For now, brands like Starbucks are taking things in their own hands and rolling out payment options that are linked with loyalty programs. Verizon, we’re also told, is going to be rolling out a related platform, and they’ll be talking about it at the Mobile Summit.

It’s not that NFC is dead, it’s just that mobile payments will unfold in a more unpredictable way than many people think.