NEW YORK CITY — Nike announced its latest FuelBand in a way that only Nike can — with dance music, Olympic athletes, and even Foursquare CEO Dennis Crowley.

While the new Fuelband, dubbed the Nike+Fuelband SE, is more or less identical to its predecessor, Nike has made a number of big additions to the formula this time around.

The biggest improvement, perhaps, is that with the Nike+ Fuelband SE, Nike has finally tuned the device’s algorithms to specific sports. This means that the device will measure your movement differently depending on what sport — running, boxing, spinning, and even yoga — you’re actually doing.

In a similar vein, users can also sync the Nike+ Fuelband SE to specific instances of movement called “sessions,” making the device far more useful for actual workouts than the previous Fuelband.

Another big upgrade is that Nike+ Fuelband SE now supports Bluetooth 4.0 , which allows it to constantly stay connected to your phone and eliminates the need for synching. (This is a big deal for the latest iPhones, which have Apple’s new motion processing chip.)  The new Fuelband can also be tapped twice to show the time, and will also remind you hourly to get up and move. 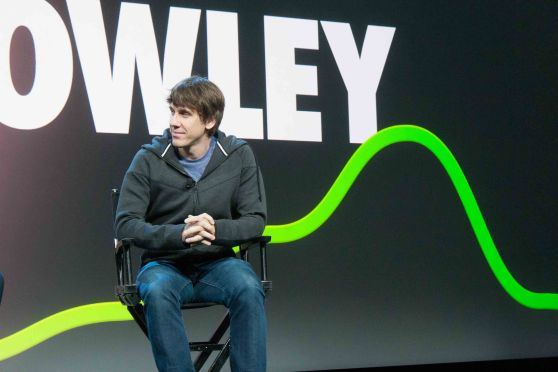 Above: “I’ve always been fascinated by technology that changes how you experience the physical world,” Crowley said.

Unfortunately, there’s still no word on a Nike+ Fuelband Android app, though Olander did say non-iOS users can still take advantage of the Nike+ online portal.

Showing off its celebrity clout, Nike closed out the event with an appearance from Foursquare CEO Dennis Crowley, who talked about how Foursquare and Nike are taking two approaches to roughly the same concept.

“There’s something really powerful about software as a motivator that gets you to do something in the real world,” Crowley said.