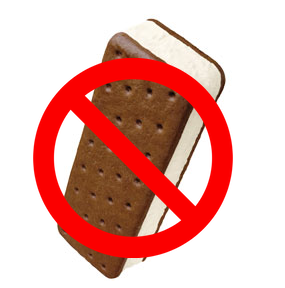 The Nexus One, the first Google-branded Android phone, won’t be getting an upgrade when Android 4.0 (a.k.a. Ice Cream Sandwich) is released to the public, Google confirmed today.

The Nexus One debuted in January 2010 as one of the first phones to run pure Android — meaning, a version of Android that didn’t feature any add-ons from the hardware manufacturer. Google also had a degree of influence over the hardware inside the device to make sure it was powerful enough to run the operating system.

Android Product Management lead Hugo Barra said the Nexus One’s hardware is too old to support the latest version for the latest version of Android, according to a Telegraph report. The Nexus One’s hardware doesn’t support video calling (because it lacks a front-facing camera) and uses an older 1GHz Snapdragon processor, which are probably a few of the reasons Google chose to block the update.

The decision to block the Android update on older phones isn’t unreasonable — especially if the overall experience is harmed because the phone can’t handle the software. Apple has traditionally done the same with its older line of iPhones. For instance, the iPhone 3G is still running iOS 4.2.1, while newer models can now upgrade to iOS 5.

And while it’s not much of a surprise, Barra also said Ice Cream Sandwich will be delivered as a free upgrade to Google’s most recent “Google-branded” Samsung Nexus S phone within the next few weeks.