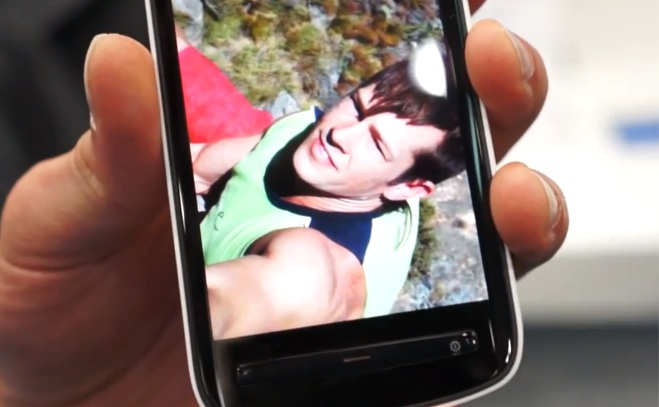 A Nokia phone with a 41 megapixel camera may sound insane, but honestly, that’s my kind of crazy. Nokia announced the 808 PureView today at the Mobile World Congress, and all of a sudden the previously unknown phone running a dated Symbian OS became the talk of the show.

At Nokia’s MWC booth, I chatted with an engineer who spent the past two years on the team developing the 808 PureView and its ridiculously high quality camera. As you can tell from the video below, he couldn’t be prouder of his new baby.

He explains the variety of ways you’ll be able to take pictures with the 808 PureView — either with a full 38 MP resolution image that you can scan and crop with ease, or smaller resolution images that can still take advantage of the phone’s large camera sensor. For this phone in particular, seeing is believing, so pay close attention to how sharp his sample pictures look in the video below (and make sure you’re viewing it in 1080p HD).

I had some brief hands-on time with the phone, though it was shackled with an overblown security mechanism (typical for show floors). Being a Nokia device, the 808 not surprisingly feels like a high quality piece of hardware. What’s most striking, unsurprisingly, is the large camera lens on the phone’s rear. There’s a noticeable bulge around the camera area which makes the 808 resemble a point-and-shoot, but it’s still slim enough to fit into your pocket.

But while the PureView camera technology is undoubtedly cool, it’ll be hard to recommend this phone when it launches because of Nokia’s Symbian Belle OS. It’s a big upgrade over the company’s Symbian S40 devices, but it still falls short when compared to competitors like Android, iOS, and Windows Phone. Luckily, Nokia seems to be treating the 808 as an experimental device, similar to the N9.