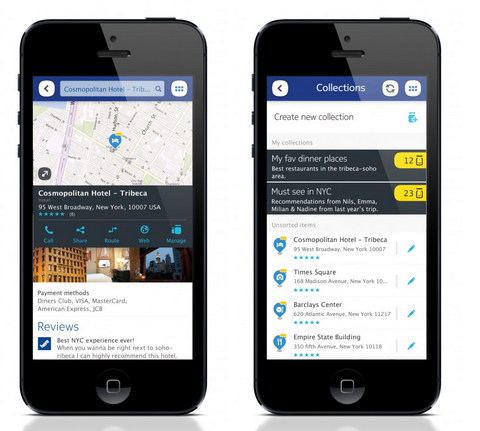 With its smartphone sales sluggish, Nokia is turning elsewhere in an effort to make fans: maps.

At at event in California today, the company announced that it’s bringing Here, its new maps platform, to iOS, FireFox OS, and Android (in the form of an API).

Built for urban use, Here will offer features like voice-guided walking directions, public transportation info, and personal map creation. Nokia is making a big push for offline use as well: Users can download maps of specific areas and access them even when they’re without an Internet conneciton.

Here’s 3D map data comes courtesy of Earthmine, which Nokia has acquired for an undisclosed sum. While the 3D mapping company gives Nokia a direct competitor to Google Street View, it’s not a stretch to say that Nokia’s in no place to be spending lots of money. So let’s hope the investment pays off.

Nokia’s announcement comes during an interesting time for the iOS maps ecosystem. With Google Maps still absent and Apple still making vital improvements to its own Maps app, Nokia has a significant chance to carve off some of the iOS maps market for itself.

Of course, creating an iOS app means Nokia’s going to need to get Here approved by Apple, which Nokia expects to happen within the next few weeks.