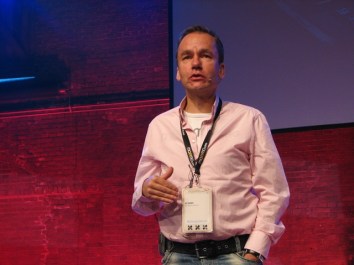 Nokia’s executives keep dropping like flies. Ari Jaaksi (pictured right), the head of Nokia’s next-generation MeeGo mobile platform, confirmed that he resigned last week. He made the comments in a conversation with the Finnish newspaper Talous Sanomat.

The news follows some major shifts in Nokia’s management: Ex-Microsofter Stephen Elop replaced Olli-Pekka Kallasvuo as Nokia’s chief executive officer in September, and a few days afterward its head of mobile solutions Anssi Vanjoki also resigned. We later learned that Nokia’s chairman, Jorma Ollila, would be stepping down in 2012.

The management shakeup is to be expected. With new leadership, Nokia needs to take a hard look at its current executive and creative lineup to stay fresh and compete with the iPhone and Android. It also means that we should expect more inspired hires like Palm Pre designer Peter Skillman, who was recently brought on as the head of user experience and services for MeeGo.

What does this mean for MeeGo? Nokia previously said that it expects to release its first device featuring the next-generation operating system — which is being developed in conjunction with Intel — this year. But now it doesn’t seem like the company will be able to keep up with that timeline. Nokia says that it will have further updates on MeeGo before the end of the year — something which seems to foretell of a 2011 delay.

Via Engadget, image via UMPC Portal