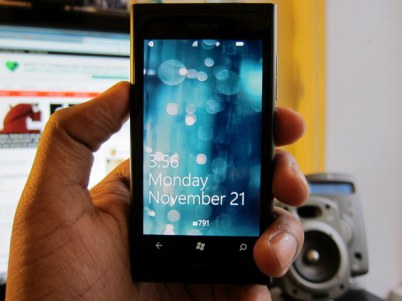 Even though Nokia has remained tight-lipped about the success of its Lumia Windows Phone lineup, analysts have estimated that the phones have sold at least one million units since their November 2011 debut.

In a survey of 22 analysts, the average Lumia sales estimate was 1.3 million units, with only one predicting a figure below a million, Bloomberg reports.

To be clear, the estimates only include shipments of the Lumia 710 and Lumia 800 phones to retailers, not sales directly to consumers. Nokia’s Lumia 900, which was one of the most praised products at the Consumer Electronics Show this month, is expected to go on sale in the U.S. some time in March.

Microsoft has been careful not to reveal much about its Windows Phone sales, but there’s no doubt that things have been slow since the platform’s debut in fall 2010. Gartner, for example, found that Microsoft shipped only 1.7 million devices for the second quarter of last year (it was even beat out by Samsung’s entry-level Bada platform).

It also appears as if the Lumia line isn’t selling as quickly as Nokia’s last flagship Symbian phone, the N8. According to Mobile-Review’s Eldar Murtazin, who is well-known for his insider mobile sources, Lumia 800 sales in Russia have been just 65 percent of the N8’s sales for the same time period. But honestly, the disparity is to be expected, since European markets are still coming to grips with Nokia’s move to Microsoft’s platform.

While Nokia’s Lumia sales can’t compare to the likes of the iPhone, the figures are certainly respectable compared to past Windows Phones sales. It’s easy to be negative about Nokia’s performance so far, but for its first stab at creating flagship devices on Microsoft’s new mobile platform, it seems to me that this is just the beginning of something big.