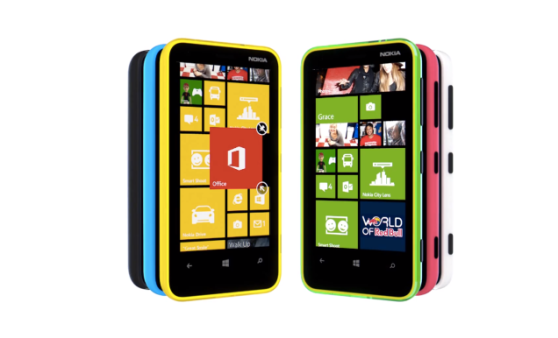 Aimed at entry-level customers, the 620 features some fairly bare-bones specifications. Its 3.8-inch screen comes with an uninspiring 800 by 480 resolution, and its cameras only take 5-megapixel shots. 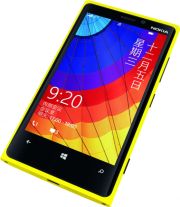 But the appeal here isn’t in those numbers but rather the device’s price: The Lumia 620 retails for $249 before carrier subsidies, meaning that, in many cases, buyers could get the thing for free. And that’s not a bad value proposition for such a solid device.

The Lumia 620’s other big pull is that it comes in a variety of shades, which you can mix with interchangeable shells to create an array of vaguely radioactive colors. (The video below explains it better.)

Alongside the 620, Nokia also announced the Lumia 920T, a high-end device aimed at China, the world’s largest smartphone market. Equipped with a 4.5-inch 1280 by 768 display and 8.7 megapixel camera, the 920T is different from the Lumia 620 — at least from a features perspective

But from the business perspective, the two are almost identical. Both the low-end and Chinese markets represent huge sources of potential customers for Nokia — and it’s smart enough to go after them. After all, these untapped markets may end up being Nokia’s lifeblood if it continues to flounder in markets where Android and iOS continue to reign.