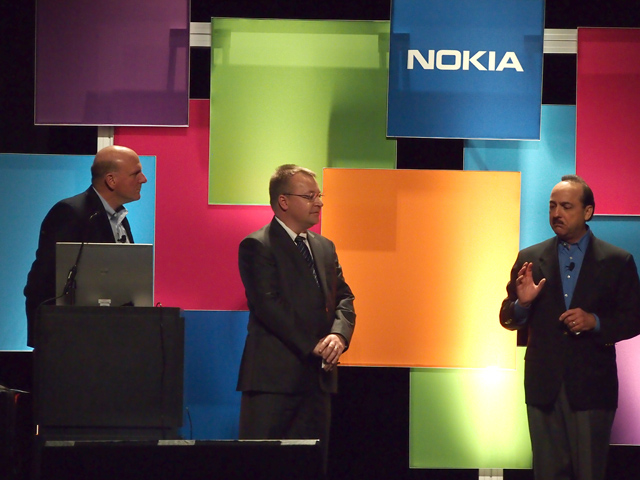 Nokia’s Lumia 900 smartphone was perhaps the biggest unkept secret at this year’s Consumer Electronics Show, with rumors about it first appearing several months back. Now the phone is very real, and it could be the miracle the Windows Phone operating system needs in 2012.

Nokia CEO Stephen Elop unveiled the Lumia 900 on stage at the Consumer Electronics Show today, which is notable for being Nokia’s first LTE smartphone, as well as its first flagship Windows Phone to reach U.S. shores.

As earlier rumors suggested, the Lumia 900 will be available exclusively on AT&T. “We’ve been working in very close partnership with AT&T to make sure we have the right approach,” Elop said, indicating that the phone will likely get a huge marketing push from AT&T. That falls in line with reports about Microsoft’s massive marketing budget for the Lumia 900, which is said to be around $200 million.

The Lumia 900’s specs and features are tempting, though not surprising if you’ve been keeping up with rumors. It sports a 4.3-inch AMOLED Clear Black display — a big improvement over the Lumia 800’s 3.7-inch screen, 1.4 gigahertz CPU (though unfortunately not dual-core, those Windows Phones are expected later this year), and a front-facing camera for video conferencing. Notably, the Lumia 900 also features a very large battery (1830mah), which should help it survive a day’s worth of heavy usage.

The phone will initially be available in black and cyan, sporting the same gorgeous polycarbonate case as the Lumia 800 and N9 MeeGo phone. “At first glance, the phone looks sleek and progressive on the outside,” Elop said. “On the inside, not only is it built on Windows Phone, it’s the first real Windows Phone designed for the American market.”