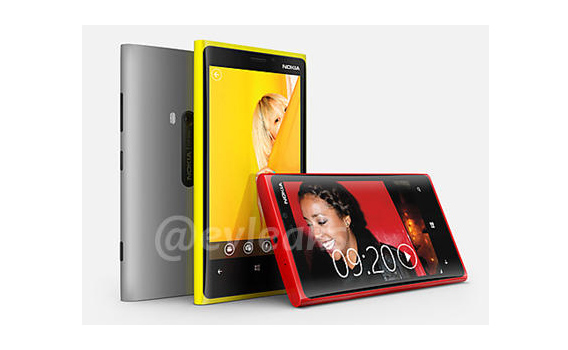 Nokia’s new flagship Windows Phone 8 devices, the Lumia 920 and Lumia 820, have leaked to the web via the @evleaks Twitter account, and they’re absolutely gorgeous.

The two phones are likely the “Arrow” and “Phi” devices we’d previously heard about. Nokia is set to show off these two phones next week at a big event in New York City, but Windows Phone 8 isn’t expected to debut until Oct. 29. (We’re crossing our fingers for an earlier release.)

Nokia’s Lumia 920, as shown in the photo above, supposedly carries a 4.5-inch display and a PureView camera. We’re not sure if the camera will be as powerful as 41 megapixels, but it could leapfrog other major smartphone cameras. Based on prior reports, this device exclusively runs on AT&T.

The Lumia 820, as shown in the photo below, supposedly has a 4.3-inch display and runs on AT&T and T-Mobile’s networks. Both the 920 and 820 should come in a variety a colors. 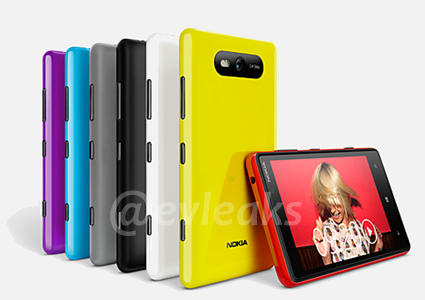