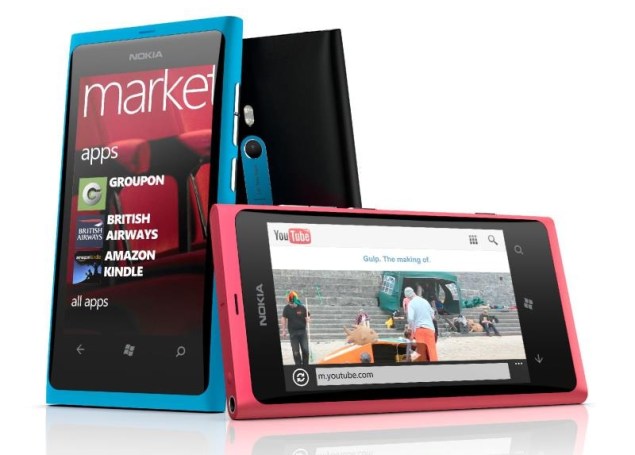 Nokia CEO Stephen Elop announced the company’s flagship Windows Phone device, the Lumia 800, during his Nokia World keynote earlier this morning. The Finnish phone maker also announced a lower-end option, the Lumia 710 as well as several low-end phones running its aging Series 40 software. Unfortunately, neither of the Windows Phone devices will hit the US this year.

Details about the Lumia phones leaked yesterday, which sort of put a damper on Nokia’s big reveal. Still, it’s nice to see Nokia actually deliver new devices after rocking the mobile world in February with the news that it would be moving to Windows Phone, thereby abandoning the company’s creaky Symbian software and more ambitious MeeGo plans. (Nokia later announced the N9 MeeGo phone, which seems to have been released as a sort of curiosity.)

As a Nokia fan who has been disappointed by the company’s trajectory over the last few years, the Lumia 800 seems like a breath of fresh air. It exudes the company’s hardware expertise (it actually looks about the same as the N9, which can’t be faulted for its style), while also finally pairing a Nokia smartphone with powerful and modern touchscreen software. The Lumia 800 is stylish enough to make Nokia a hip brand once again, and it just may help to push Microsoft’s Windows Phone platform beyond its current also-ran status. 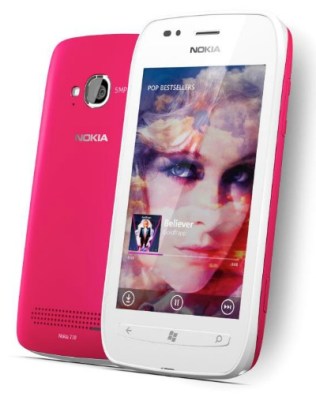 Not content to offer just one new Windows Phone device, Nokia also unveiled the Lumia 710, a cheaper alternative to the flagship Lumia 800. It also features a 3.7-inch display and 1.4 gigahertz CPU, but it packs in less storage (8 gigabytes), a lower-quality 5 megapixel camera, and slightly less battery life (6.9 hours of 3G talk time).

Nokia is aiming for lots of color with both of its new Lumia phones. The 800 will be available in black, cyan, and magenta, while the 710 will feature those colors along with yellow and white. The 710’s rear covers will also be swappable, allowing you to mix and match your color scheme.

“I’m left with many questions after the announcements,” said Jack Gold, founder and principal analyst at J. Gold Associates. “How do the new devices fit into a diverse environment in an enterprise setting? Where are the enterprise tools to deploy, activate, secure and manage them? What is the Nokia Value Add on top of plain Windows Phone? What did they do to enhance the Windows Phone platform beyond what Microsoft offers? Nokia seemed to show once again that they understand how to make appealing hardware, but fell short in service offerings that could differentiate them in the market, especially with the important business user.”

In addition to its Windows Phone lineup, Nokia showed off four new inexpensive Asha phones, running its Series 40 feature phone software. While none of those phones will ever be mistaken for a high-end smartphone, it’s still nice to see Nokia innovating at the low-end, a market that it needs to win back from cheaper Asian handsets.

The company hasn’t mentioned a US release for the devices specifically, but it did say that it’s planning a “portfolio of products” in the US in early 2012, reports This is my next. Nokia also promises to support LTE and CDMA technology with its US phones (the company has stubbornly refused to make CDMA phones for year, which hurt its US prospects).