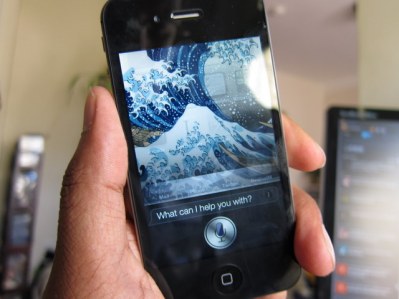 Corroborating what just about every other research firm has noted by this pointed, the NPD Group announced today in its latest report that the iPhone has become the best-selling handset in the U.S. during the fourth quarter.

No big surprises there, but the group also pointed out another interesting statistic: Despite the iPhone’s dominance, first-time smartphone buyers still overwhelmingly jump to Android.

In the fourth quarter, Apple overtook LG and Samsung with the iPhone 4S, iPhone 4, and iPhone 3GS, which all took the top three spots respectively in smartphone sales. Apple last month announced that it had sold a whopping 37 million iPhones during the quarter, thanks to the iPhone 4S launch and the holiday shopping frenzy. The iPhone accounted for 43 percent of smartphone purchases, compared to 48 percent for Android, according to NPD.

When it comes to smartphone newbies though, the figures look much different, with 57 percent going for Android and 34 percent going iPhone.

“Android has been criticized for offering a more complex user experience than its competitors, but the company’s wide carrier support and large app selection is appealing to new smartphone customers,” NPD’s Ross Rubin, executive director for Connected Intelligence, said in a statement today. “Android’s support of LTE at Verizon has also made it the exclusive choice for customers who want to take advantage of that carrier’s fastest network.”

I suspect Android’s big lead with newcomers is the availability of both cheap handsets and pre-paid phones. But with Apple’s low-end iPhone offering getting better every year (the iPhone 3GS is now free with contract), new smartphone buyers on a budget will likely begin to realize the iPhone is just as good a deal as a lesser Android handset.