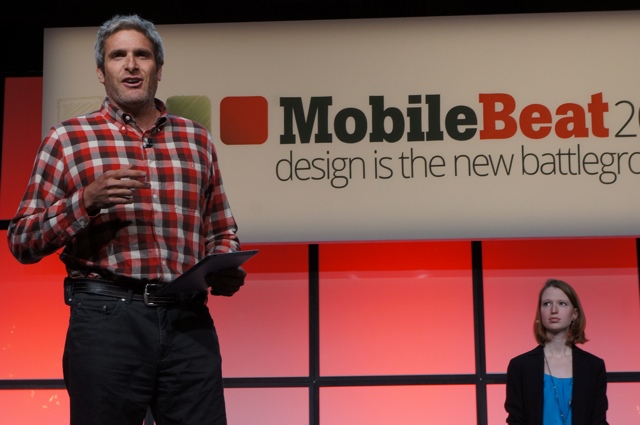 Five startups showed off their tablet apps at MobileBeat 2012 today, but only NukoToys impressed the judges enough to win our startup tablet competition.

The company has developed interactive tablet apps that work together with trading cards, making them perfect fodder for kids obsessed with collectable toys like Pokémon cards and Skylanders figures. NukoToys fashioned itself as “Silicon Valley’s toy company” when we covered it two years ago, but today we caught a glimpse and just how the company could earn that lofty title.

Founder Rodger Raderman showed how he could simply tap a trading card to an iPad and make a virtual animal appear within an app. It took him a few tries before the app recognized the card, but the harsh stage lighting likely didn’t help his demo. Parents and kids can also buy virtual versions of the trading cards, but Raderman pointed out that the trading cards are more in line with the kinesthetic play kids are used to.

For winning the competition, NukoToys bagged our Tesla Prize, which is named after Nikola Tesla, the scientist who developed early mobile communication. The company will receive a two-hour business strategy session from three principals at Tandem Capital, as well as 10,000 Business ExtrAA points from American Airlines (or around five domestic round-trip tickets).