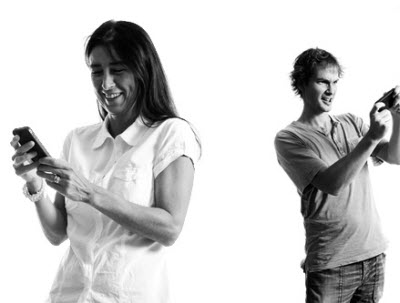 Icera specializes in making baseband processors for 3G and 4G cellular phones, and it has more than 550 patents. The deal will put Nvidia in a better position in a $15 billion market to compete against Qualcomm and integrate Icera’s technology into Nvidia’s own solution for tablets and smartphones.

Santa Clara, Calif.-based Nvidia already makes its Tegra family of mobile gadget application processors. The Icera technology enables Nvidia to advance further into making baseband processors, or the actual radio chips in cell phones. By offering both major chips in a cell phone, Nvidia now has a chance to double its revenue opportunity within each device, the company said.

‪“This is a key step in Nvidia’s plans to be a major player in the mobile computing revolution,” said Jen-Hsun Huang, chief executive of Nvidia, in a statement. “Adding Icera’s technology to Tegra gives us an outstanding platform to support the industry’s best phones and tablets.

Lynley Gwennap, an analyst at the Lynley Group, said that Icera can design chips that are about a quarter of the size of competing chips from Qualcomm. If true, that could give Icera a big advantage in both manufacturing cost and power consumption compared to the rival. Gwennap estimates that the purchase price was about four times Icera’s 2010 revenue, which means its revenue last year was about $91.7 million or so. In the near term, he said that the companies could sell their chips separately. But in the long term, the could combine the chips into a single chip.That will enable Nvidia to reach a broader market.

Icera was founded in 2002 and is based in Bristol, England. It has more than 300 employees in seven countries, and its senior executives have backgrounds in microprocessor design and cellular communication. Icera’s chips are used in wireless modems and have been approved for use by 50 carriers around the world. The company makes next-generation, multi-protocol wireless processors with radio components. A single chip can offer everything from 2G to 4G service and can be custom configured. Stan Boland is the company’s chief executive.

The deal is expected to close in 30 days, subject to customary closing conditions. The transaction will be slightly dilutive to Nvidia’s earnings through the first half of calendar 2012.

We announced just moments ago our acquisition of a really cool company called Icera.

Icera is a pioneer in next-generation wireless modem technologies called SDR (software-defined radios).  They have created an ultra-low power, high-performance processor specially designed for processing multiple modem protocols.  And because it does not suffer from many years of patched-up circuitry, as modem protocols evolved, Icera’s baseband processor is super elegant and much smaller. In a way, Icera’s DXP (deep execution processor, a flexible processor designed to execute communications algorithms at extremely low power) is the moral equivalent of the programmable shader processors in our GPUs which, as you know, have revolutionized the graphics industry.  Icera’s technology is protected by 550 patents that have been granted or applied for, and its modems have been certified by 50 networks across the globe.Stan Boland, Steve Allpress, and Simon Knowles founded the company in 2002.  With their reputation and talent, they were able to secure nearly $260M in funding from some of the finest VCs.  This level of funding was necessary to execute the audacious plan to create a new processor architecture that offers a unfied data and voice solution for 2G/3G/4G.  Icera today has 300 employees, headquartered in Bristol, UK, with offices in Cambridge; Sophia Antipolis, France; Texas; as well as Korea, Taiwan, and China.   They’re a lot like us – entrepreneurial, engineering-focused with great people and great technology.

Our immediate plans are to accelerate Icera’s entry into voice modems, followed by introduction of 4G/LTE modem.  Together, we will offer the two most important processors that make up a modern mobile computer.  Not only is this combination strategically powerful in the market, it will also drive growth for both Tegra processors and Icera modems.  Icera will leverage Tegra’s momentum and deep customer engagements globally.  We estimate the modem market TAM to be approximately $15 billion.

I’m thrilled to welcome the Icera team to NVIDIA. They’ll fit right in.

Join me in welcoming our new colleagues.  Let’s go drive the mobile computing revolution and create the future together.