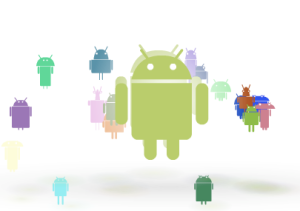 Basic Thinking, the recently sold “German TechCrunch” quotes an O2 product manager saying that “we want to get out 6 to 8 Android devices this year.” (the post is in German). The quote was made yesterday at an official press conference at the O2 Innovation Days 2009 in Munich, Germany.

O2 Germany is a subsidiary of Open Handset Alliance (OHA) member Telefonica — the world’s third largest carrier with over 220 million subscribers. The remark is relevant as there have been no official statements from an OHA operator yet on how many Android devices it wants to launch this year. The mobile device sales value chain is controlled by operators as internationally around 80 percent of device sales happen in operator stores. Device makers traditionally need to convince operators to take up mobile devices into their product lineups in these stores.

Telefonica appears to be on the forefront of carriers who are adapting their models and betting on Android so as to benefit from the rise in mobile data revenue. It recently launched its own developer program/app store called O2 Litmus. T-Mobile USA had launched its web2go browsing experience and a related app store previously.

For the industry this will likely further drive the mass adoption of the smartphones and the rising use of the mobile web. Qualcomm Chief Executive Paul Jacobs has previously stated that the OHA is intended to “drive smartphones into the mass market price points under $200.” That may be bad news for other devices in the smartphone segment like Nokia’s N97.

The rising use of the mobile web via the Android platform is certainly good news for many startups that are focusing on that arena.

Note for my vanity: my 2009 prediction that “there will be more than 40 Android mobile devices next year, and the Android platform will be outselling the iPhone by July,” is increasingly looks better.