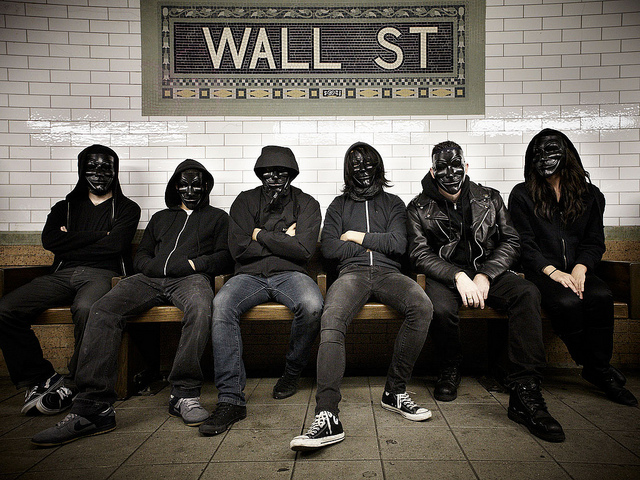 Why occupy Wall Street when you can occupy the most valuable company in the world?

Occupy protesters in stylish red sleeping bags began infiltrating the growing group of Apple fanatics who are lining up for the iPhone 5 sales launch at Apple’s iconic 5th Avenue glass cube store in New York City, according to CNN.

In fact, Tim Pool, a New York developer, journalist, and activist (busy guy!) says that most of the people in the line last night were protesters:

The Occupy movement protests inequality in wages, wealth, and the global economic system of banking and multinational corporations.

Apple is a particularly ripe target as a corporation (strike one) that is very successful (strike two) and profitable (strike three) with premium products at premium prices (strike four) and a very international supply chain (strike five).

The fact that it’s a very public and popular company and that anything involving Apple is virtually guaranteed to generate massive publicity, of course, is just a bonus.

This is not the first time Apple has been occupied.

Well, Apple, I guess the journey from iconoclast fringe computer company to cultural icon is complete.