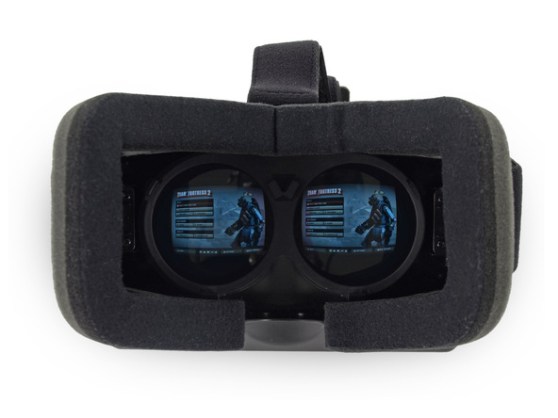 Virtual reality is a wonder, but cracking the latest in technology removes a little of the mystery.

The tech site IFixit posted a teardown of the developer edition of the Oculus Rift headset, which is basically an early prototype of what consumers will receive. We played with the device earlier this year at the Consumer Electronics Show, calling it “virtual reality that won’t make you barf.” 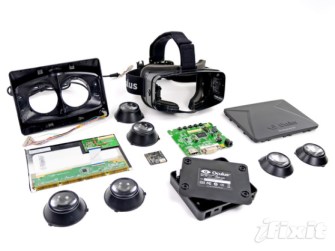 The headset uses a resolution of 1280-by-800 pixels, or 640-by-800 for each eye. Head-tracking works with a combination of a gyroscope, an accelerometer, and a magnetometer as part of a 1,000Hz absolute 9DOF orientation sensor. You can look around your environment without moving your entire body in the virtual world. IFixit tested the headset with one of the few compatible video games available, the multiplayer shooter Team Fortress 2.

IFixit found that the 3D “magic” of the headset was really just the science of stereopsis. The Rift assigns a separate image to each eye, and your brain does the rest by merging them into a single image. The Rift comes three differently sized eye cups to suit each wearer’s interpupillary distance (IPD). 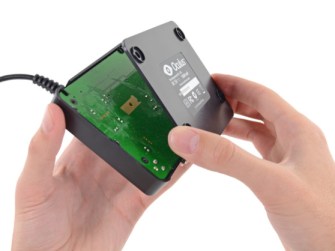 Taking the Rift apart was just as simple. Disassembly only took about 10 minutes with some basic tools, and it was easy enough for the website to award a 9-out-of-10 repairability score.

As it turns out, the headset uses an Innolux HJ070IA-02D 7-inch LCD panel, which comes from Chimei Innolux in Taiwan, the same manufacturer rumored to be Apple’s replacement source for the iPad Mini screen.

Three main chips control the device: a STMicroelectronics 32F103C8 ARM Cortex-M3 microcontroller with 72 MHz CPU, an Invensense MPU-6000 six-axis motion-tracking controller, and an A983 2206, or a suspected three-axis magnetometer that helps account for gyroscope drift.

A basic control box, which contains a motherboard with three additional chips, connects the Rift to PCs. It features buttons for configuring settings and several I/O ports and supports HDMI to DVI output conversion.

There’s no telling how this product will compare to the finished one, but right now, it’s in good shape.