Since the iPhone was introduced in 2007, phones and tablets have transformed the way we interact with technology and each other. Smartphone sales have already overtaken PC sales, and tablet sales are predicted to pass PCs this year. To call this shift disruptive is understating its impact on our industry and the world. We will look back in 10 years, and every piece of software we use will have changed dramatically.
​
The shift to mobile is as dramatic and important as the shift from the mainframe to the PC, and billions more people will participate.
​
Microsoft introduced Office for iPad last week. It’s an important milestone in the growth of tablets — Office on a new operating system created by Apple! — and it’s an important event for startups like mine, Quip, that compete with Office on these new platforms.

While it’s impossible to ignore the dominance of Microsoft in this market, the software seems to fall into the same pattern as most incumbents who half-heartedly embrace new technology trends. Here’s a screenshot of one of the first graphical word processors ever created, MacWrite, released with the original Macintosh in 1984: 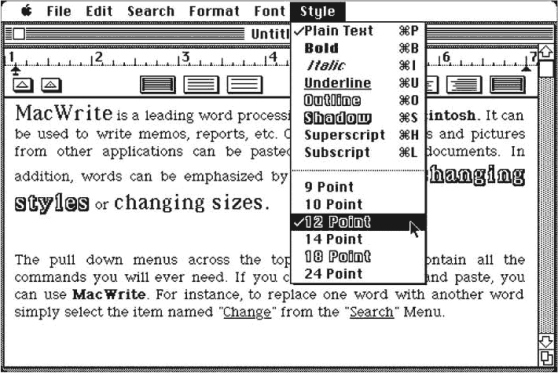 Compare that to this eerily similar screenshot of Microsoft Word for iPad, released last week: 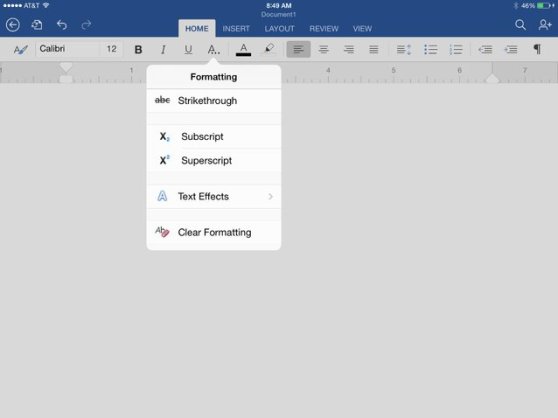 While Microsoft has done an amazing job modernizing the design of Office to embrace touchscreen interfaces, it still uses the same metaphors and the same workflow that we used when shoulder pads and leg warmers were cool. Documents are still on virtual 8.5″ by 11″ pieces of paper. You can’t edit the same document at the same time as someone else. You still have to attach a document to an email to talk about it.

Companies like Quip were born in the era of smartphones and tablets, and our products have completely different values. We don’t have footnotes or margins, but we do have push notifications so you know when people open the document you shared.

Quip didn’t even support printing until six months after our launch, but we’ve always supported read receipts and presence so you can see who’s online and who’s seen your changes in real-time.

The next generation of great companies will be defined by embracing mobile. That doesn’t mean just making existing products work on touchscreen devices. It means embracing what makes these devices truly different. They’re always connected to the internet. They can notify you when things change. They’re social. Within the course of a day, you use a smartphone, a tablet, and a PC, often within minutes of each other, and the experience should be seamless.
​
All of the startups like ours that are competing against incumbents like Microsoft and Google are by definition audacious, but we believe we have a chance because people’s expectations for software have fundamentally changed in the age of devices like the iPhone. If the software you use at work doesn’t work well, you’ll just download a different app from the App Store and use something else. For the first time in enterprise software, having a great mobile experience matters a lot more than your marketshare on PCs.

Bret Taylor is co-founder and chief executive of Quip, a modern word processor that enables you to create beautiful documents on any device — phones, tablets, and the desktop. Previously, Bret was the CTO of Facebook, after it acquired FriendFeed, the company he co-founded in 2007. Prior to that, Bret was a Group Product Manager at Google, where he co-created Google Maps and the Google Maps API, and started Google’s Developer product group.