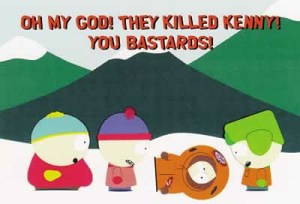 Apple has been a lot more lenient recently when it comes to letting third-party applications into the App Store. For proof of this, see any of the hundreds of fart applications now available. It even has an NC-17 rating of sorts, for the truly offensive apps. That’s why it’s surprising that a South Park application has apparently been rejected.

The app, which was first announced in October and shortly thereafter submitted to the App Store for approval, has formally been rejected after a few attempts to get it approved, South Park team members tell BoingBoing. The reason? The content was “potentially offensive,” says the team, adding that Apple left the door open for possible acceptance later as the App Store’s policies “evolve.”

But this is still very curious. Apple allowed the Cartoon Network Adult Swim iPhone game Amateur Surgeon into the App Store months ago, and one can only assume that this South Park app would have the same cartoon-style foul language and potential gore as that one. It’s certainly possible that the South Park guys took it over the top — remember that when the South Park movie came out, South Park creators Trey Parker and Matt Stone had to go back and forth with the MPAA to avoid a NC-17 rating — but still, isn’t that why Apple has the NC-17 warning?

Apple also sells South Park the show through its iTunes store with no issues. And part of this South Park app would apparently let users stream episodes of the show, so perhaps that’s what Apple took exception to, as CNET notes. But then why say the app was banned for being potentially offensive? 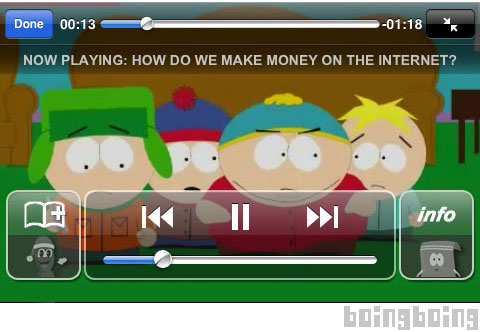