It’s OnePlus 6 launch day in London today, but ahead of the main event, the Chinese smartphone company launched a surprise first product.

The company unveiled its first ever wireless earphones called the OnePlus Bullets Wireless, which will sell for $69 (€69 / £69) from June 5.

The company actually launched its first earphones a few years back, but the OnePlus Icons were wired. The Bullets Wireless represent a shift in the mobile landscape, where an increasing number of smartphones have ditched their headphone jacks. So does this mean that the OnePlus 6 is getting rid of its headphone jack? No, it won’t be, but OnePlus clearly wants to stay on-trend and reckons you’ll like these puppies anyway.

We’ve not had a chance to check them out yet — they’ve just been announced, after all — but they do pack a few cool new features.

OnePlus has integrated its fast-charging functionality into these earpieces, meaning you should get around 5 hours of listening from 10 minutes of charging. 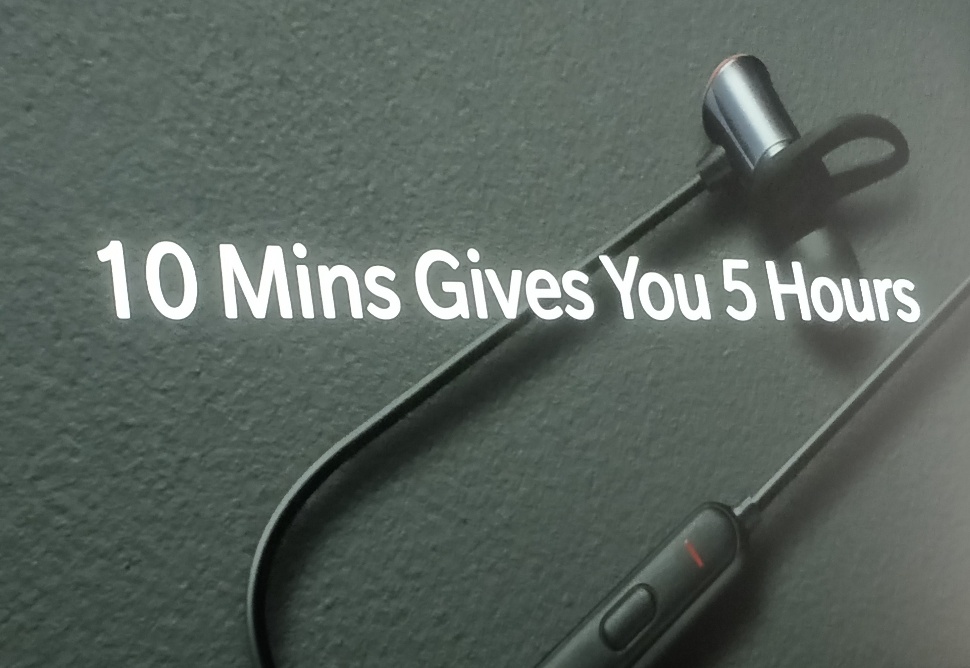 They also sport built-in magnets to keep the two earpieces locked together when not in use. This also controls your music — when you snap them together, the music stops. And unlike Apple’s EarPods, these feature a neckband to prevent you from dropping these down the toilet.

OnePlus also said that the Bullets Wireless will offer support for Google Assistant.

We’ll be sure to check out these new earphones after the event is finished.