OnePlus unveiled its new flagship smartphone yesterday, and there were few surprises, given the myriad leaks leading up to the launch.

We knew the OnePlus 5 would sport a dual-lens camera, and we were fairly certain it would ship with a Snapdragon 835 processor and offer up to 8GB of RAM. What wasn’t quite so clear, however, was the pricing.

After an hour-long event yesterday, OnePlus finally confirmed the one metric that perhaps matters most to people. “The OnePlus 5 will retail for $479 in the U.S.,” said OnePlus cofounder Carl Pei.

However, that statement didn’t tell the full story, given that there are two versions of the OnePlus 5 — it would be more accurate to say that the OnePlus 5 retail price begins at $479. After a little bit of digging through the various press paraphernalia VentureBeat was issued, we discovered that the 128GB incarnation will cost around $539.

To be clear, the OnePlus still represents a good value, given the specs it delivers, but what is even clearer is that it is edging steadily away from the “Wow, that’s ridiculously cheap” end of the pricing spectrum. 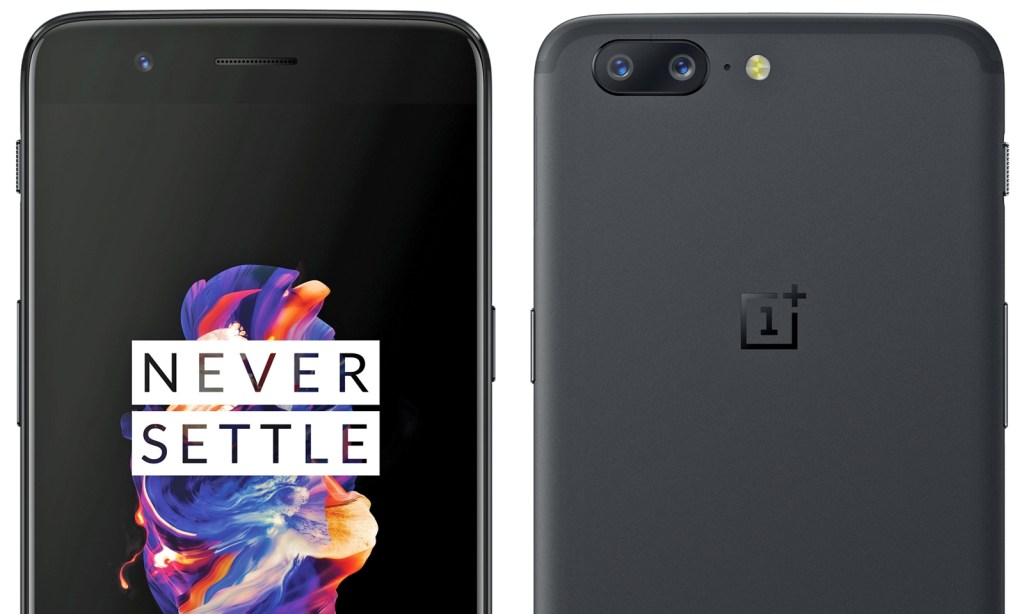 It may help to look back at the pricing evolution of the various OnePlus flagship devices and compare them to other flagships at the time. OnePlus is often spoken of in the same breath as Samsung’s Galaxy handsets and Apple’s iPhone, so for the sake of simplicity, we’ll use those two brands to see how OnePlus’ prices have evolved since its first device went to market in 2014.

A quick note: While some may argue that OnePlus devices haven’t always been true high-end phones — compared to the likes of Samsung’s Galaxy and the iPhone — OnePlus has always positioned its phones as “flagship killers.” Plus, it is fair to say that they are broadly comparable to — and have often been better in many respects than — other premium smartphones. We’ve tried to compare specific versions of devices as like-for-like as possible, in terms of display size and storage capacity, two key factors when buying a device. But that wasn’t always 100% possible due to the specs offered by the companies in question.

We also haven’t factored in differences in features that may make one device more appealing than the other — for example, Samsung Galaxy devices have expandable storage, while Apple and OnePlus don’t offer this feature.

This is purely an exercise designed to highlight OnePlus’s pricing evolution.

Using the 16GB version of the three companies’ respective flagships, we can see that OnePlus One weighed in at roughly 50 percent the price of the Samsung Galaxy and 40 percent that of the iPhone.

In July 2015, the OnePlus 2 went to market at $329 (16GB) and $389 (64GB). This came four months after the announcement of Samsung Galaxy S6, which shipped with 32GB and 64GB versions — the latter went to market in the U.S. for an off-contract price starting at $700, while the funkier Galaxy S6 Edge cost around $100 more. Later that year, Samsung shipped a bigger-screened Samsung Galaxy S6 Edge+, which sported a screen a little larger than the OnePlus 2, for around $860.

In September 2015, Apple launched the iPhone 6s and iPhone 6s Plus. The latter, which again sported a screen roughly comparable to that of the OnePlus 2, went to market in the U.S. for $849 (64GB).

Looking at the 64GB version of the devices, the OnePlus 2 crept up to around 55 percent of the price of Samsung’s main flagship (though down to 45 percent compared to the S6 Edge+), and 45 percent of Apple’s.

Earlier, in February, the Samsung Galaxy S7 and S7 Edge were announced, the latter sporting the same sized screen as the One Plus 3 / 3T. The U.S. market was only privvy to a 32GB version of the Galaxy S7 Edge, which started at around $720 off-contract.

It’s difficult to make completely like-for-like comparisons here, given that Samsung only brought a 32GB Galaxy device to market in the U.S., but using the lowest level OnePlus (64GB) as a guide, we can see that the OnePlus 3 remained at around 55 percent of the price of the Galaxy before rising to 61 percent when the OnePlus 3T went to market.

Comparing the respective 128GB versions of the OnePlus 3T and the iPhone 7 Plus showed that OnePlus was now at around 55 percent of the iPhone’s price.

Fast forward to 2017, and Apple has yet to release its newest flagship, something that will likely happen in September. But we can at least get a glimpse of how OnePlus’s U.S. pricing compares to the Samsung Galaxy S8.

Using the original off-contract pricing through carriers, we can see that OnePlus has jumped up in price to 66 percent of Samsung’s Galaxy flagship at launch, and almost 77 percent when we use today’s unlocked Samsung Galaxy S8 price.

What does this tell us?

There is little question that OnePlus still offers great value devices — they are high-end in nearly every way, irrespective of spurious benchmarking.

But while OnePlus could once boast about a sub-$300 smartphone, today its base-level device is a smidgen under $500. Compared to two big-name competitors, its price point has shifted from around 40-50 percent cheaper to only around 20 percent less pricey than the big guns.

This isn’t a criticism. As noted, OnePlus does offer great hardware and it is still markedly cheaper than other flagships on the market. But it is no longer the young upstart seeking to blast the competition out the water with ludicrously low prices and high-end specs. It has had to up its game on many fronts, including providing decent customer support, which it has been increasingly investing in. But all that comes at a price, and that price, it seems, translates to more expensive smartphones.