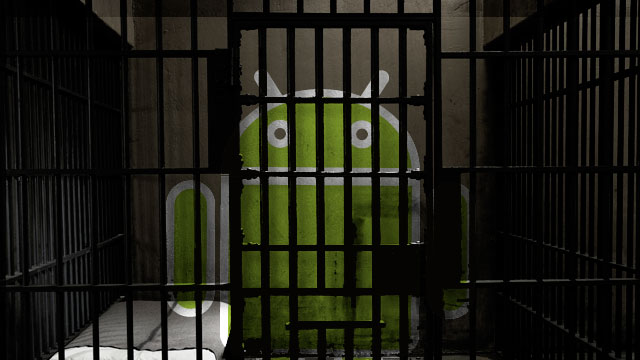 The jury has just now returned its partial verdict for the first (and perhaps most important) phase of the Oracle v. Google trial: The 12 jurors found Google had infringed on Oracle’s copyrights by its use of structure, sequence, and organization (SSO) of the 37 Java APIs used in Java. (The full verdict is embedded below.)

For weeks now, the courtroom has echoed with arguments and testimony to determine one key principle: Are programming languages copyrightable, or aren’t they? And with this decision, twelve of our peers have declared that at least to some extent, they are.

The partial verdict was accepted by Judge William Alsup, who said last week in court, “I’m going to receive a partial verdict. I’m not going to let this work go to waste.”

For the jury’s deliberation, four questions were posed, and each question was broken into multiple parts. The verdict returned today speaks to the first part of the first question only.

After the verdict was delivered, lawyers for Google argued that a mixed-bag verdict (on whether the search giant infringed the overall structure, sequence and organization of copyrighted works) was unacceptable and asked for a mistrial.

For his part, the judge said in court today there was “zero finding of copyright liability” other than in nine lines of code to which Oracle’s damages report attributes no value, anyhow. Alsup also rejected Oracle’s claim for “infringer’s profits” from the nine lines as “bordering on the ridiculous.”

Google uses the Java programming language in its Android mobile operating system. Oracle controls and owns Java, and it’s claiming that Google’s particular use of the language violates Oracle’s copyrights and patents.

Google has been arguing that no programming language, especially an open-source one (as Java is), can be copyrighted.

The first phase of this landmark trial was to settle this debate once and for all. However, based on what this reporter knows, both as a student of Java and as a firsthand observer in the courtroom, no one is more ill-equipped to make this decision than Judge William Alsup and the jury of San Franciscans selected for this trial.

As the American justice system dictates, the jury was selected by carefully avoiding anyone with expertise in the field. Engineers from multiple large Silicon Valley companies were turned away. The final jury members selected included a plumber, a nurse, a retired photographer, a store designer for Gap, a city bus driver, and a postal worker — in other words, folks with as little hope of understanding the deeply technical language and concepts they were about to encounter as I would have of understanding the intricacies of plumbing or the city’s public transit system.

First, Android founder Andy Rubin told the court that he had been under the impression that some of the Java APIs were copyrighted and that Google would need a license from then-Java-owner Sun to use them. Next, former Google CEO Eric Schmidt told the court that he thought Google didn’t need anyone’s permission to use those APIs and other parts of the Java language… mostly.

And on the Oracle side of the arguments, we learned that even though then-Sun CEO Jon Schwartz was publicly congratulatory about Android’s use of Java, in private email chains, he was angling for Sun to get licensing fees from Google.

Throughout the testimony, technical concepts came up frequently. In sitting on the courtroom’s hard, wooden benches, I saw the basics of Java explained in terms at times clear and at times quite obtuse. I felt like I understood the arguments both sides were presenting, but only because I had taken a computer science course or two and had used Java in writing simple programs in the past, myself.

The judge, on the other hand, had never dipped his toes into the waters of object-oriented programming. One of the most entertaining and excruciating parts of Schmidt’s testimony involved the tech exec explaining to Alsup how methods and classes work. Schmidt also had to explain to the jury what APIs are and how Java’s class libraries work.

At one point, Schmidt even had to stop the Oracle attorney during cross-examination because the lawyer wasn’t using precise enough language. The attorney was asking about APIs in very general terms, and Schmidt rightly refused to answer until the attorney worded the question correctly; an answer with a single word out of place could have had a radically different meaning from what was intended. At that point, Schmidt’s testimony involved a detailed discussion of the print method and an explanation of the layers of abstraction between hardware and human-readable interfaces.

I’m sure Schmidt was doing his best, but the explanations were still roundabout and ultimately unclear. What this courtroom needed was a couple weeks with a Java instructor, not the back-and-forth yammering and obfuscation they got from executives and attorneys (the more senior of whom seemed as oblivious to the inner workings of Java as did the judge and jury).

“This is a consistent issue in patent cases,” said Peter Yared to VentureBeat today. Yared is currently CTO for CBS Interactive and was formerly Sun’s CTO of the Application Server Division — and one of the most vocal advocates for open-sourcing Java in the first place.

“What is super odd about this case is that there is a claim about copyrighting APIs,” he said. “That would have a huge impact on the industry if you can’t replicate existing APIs and do a cleanroom implementation. I think that even laypeople should understand that one.”

“We appreciate the jury’s efforts, and know that fair use and infringement are two sides of the same coin” said a Google rep in an email to VentureBeat. “The core issue is whether the APIs here are copyrightable, and that’s for the court to decide. We expect to prevail on this issue and Oracle’s other claims.”

While I’m glad that, corporate marketing aside, most of the jurors were able to come into the courtroom free of prejudice, justice would have been much better served had the jury been possessed of even the most meager technical background. At this point, I am still not certain that we have any satisfactory answer to the deeply technical question first posed by this trial; all we have is the muddled opinions of twelve laypeople who’ve been subjected to a few weeks of contradictory legalese.

And my suspicions are unfortunately bolstered by the partial verdict and mistrial request.

For today’s partial verdict, the jury was given four questions: Did Google’s use of 37 Java APIs in Android infringe on Oracle’s Java copyrights; and if so, was the infringement covered by fair use, which permits copying under limited circumstances? The second and third question ask about possible infringement of the Java API documentation and some instances of line-by-line duplication of a small amount of code from Java into Android. The fourth question asks whether Sun and Schwartz’s public statements made Google believe it was right to use Java without a license.

Two more phases remain in this trial; the second phase will cover patents, and the third and final phase will determine damages. VentureBeat will be covering this case, both in and out of the courtroom, to its conclusion.