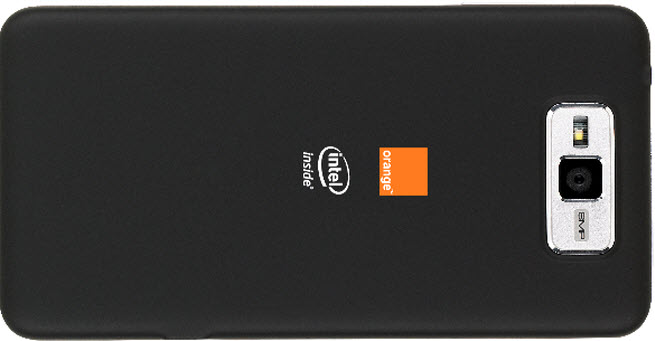 Intel has been the underdog in mobile phone chips for the past decade, but it’s finally making its move. The company is announcing today that mobile network operator Orange will use Intel’s chips in a new exclusive smartphone for customers in the United Kingdom and France. 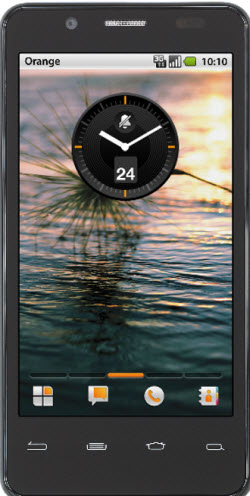 The world’s biggest chip maker has been trying to break into the smartphone processor market for years, competing against ARM-based processor rivals such as Qualcomm, Texas Instruments, Nvidia, and Marvell.

Orange isn’t Intel’s only new customer. At the Consumer Electronics Show in January, Intel announced that Lenovo and Motorola would create smartphones based on Intel’s chip and phone designs.

The latter fact is key to Intel’s ability to win new customers, said Mike Bell, vice president and general manager of Intel’s mobile and communications group, in an interview. He said that Intel has amassed a huge amount of talent to create cell phones, from chip designers to phone designers.

Together, they are creating all of the necessary hardware prototypes, or reference designs, that enable phone makers such as Orange to adopt them and then customize them for their own needs. The smartphones are based on Intel’s latest Atom processors, previously code-named Medfield.

The new phone is both razor-thin — only 9.99 millimeters thick — and has high performance based on Intel’s x86 chips that were historically used in personal computers and have now been refashioned with low-power technology to be used in energy-efficient smartphones with long battery lives.

Orange will package a number of locally-relevant apps and services with the smartphone, code-named Orange Santa Clara. The smartphone will have services including Orange TV, Daily Motion, Deezer, Orange Wednesdays, Your Orange, and Orange Gestures. The phone’s processor is beefy enough to deliver fast internet and compelling video performance, Bell said.

The Intel chips are powerful enough to drive high-performance Android smartphones that are aimed at delivering rich entertainment experiences.

Orange has been delivering smartphones under its own brand for more than a decade, and it doubled its Orange-branded portfolio of phones in 2011, with market share rising from 7 percent of smartphones in France and the United Kingdom to 15 percent, said Patrick Remy, vice president of devices at Orange, in an interview.

“We have been working on this for some time and want to bring the mobile internet to even more of our customers,” Remy said. “This phone fits in really well as the next step in our strategy of bringing high performance into products at an affordable price.”

At launch, the Orange smartphone will run Android’s Gingerbread platform with a planned upgrade to Android’s Ice Cream Sandwich platform. It also has the Intel smartphone reference design and the Intel Atom processor Z2460 with support for HSPA+. The phone has a 4.03-inch display and measures 123 millimeters x 63 x 9.99. It has 16 gigabytes of internal flash memory and weighs 117 grams. The camera can take as many as 10 pictures in a second with 8-megapixel quality, Bell said. The phone also has 1080p video and an HDMI (high-definition multimedia interface) so you can display the phone’s video on a larger screen. It has 14 days of standby battery life and eight hours of talk time.

“We are thrilled,” Bell said.