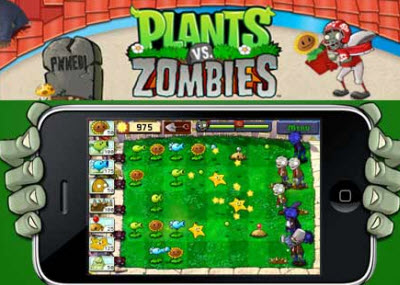 Our appetite for mobile games is growing, with more than a third of U.S. and U.K. adults saying that they play mobile games, according to a new survey. This is a huge shift in consumer attitudes and it could have a big impact on the structure of the video game business.

The survey found large increases in overall usage and frequency of mobile game playing among U.S. and U.K. adults. It reflects a big shift in attitudes as gamers expand to all available game platforms, rather than limiting themselves to consoles or PCs. It explains why a considerable amount of investment is now going into mobile gaming and why mobile devices have become the center of innovation in gaming. Mobile games and social games will be hot topics at the Game Developers Conference in San Francisco this week.

The survey was conducted by Information Solutions Group and commissioned by Seattle-based PopCap Games, which makes popular casual video games such as Plants vs. Zombies. Among mobile game players, the mobile phone is now the primary device of choice. In just a couple of years, the mobile phone has leapfrogged the PC and video game consoles. Smartphone owners are by far the most avid consumers of mobile games. The results match the thinking that mobile games will continue to explode in the foreseeable future, said Dave Roberts, chief executive of PopCap Games, in an interview.

One of the reasons that mobile gaming is taking off is that developers have figured out how to monetize the games, beyond selling them for 99 cents. The rise of in-app purchases — which allow developers to give away games and charge for virtual goods — has spurred the business and allowed developers to reinvest in better mobile games. That creates a virtuous cycle that keeps the enthusiasm for mobile games high.

Does this mean there’s a bubble in mobile game investments now? It’s hard to say, Roberts said, in the absence of good data about each investment.

“We will see a lot more entrants in the mobile gaming market,” Roberts said.

About 45 percent of smartphone owners said they play daily, compared to 35 percent of mobile phone gamers. In 2009, an earlier survey showed that only 13 percent of mobile phone gamers played daily. Among mobile phone gamers, 50 percent said that the amount of time they spent playing mobile games increased in the past year. Some 63 percent of smartphone owners said they increased their mobile gaming in the past year. Perhaps you can blame Angry Birds, the smash hit from Rovio, for the increase, or titles such as Talking Friends or Doodle Jump or PopCap’s Plants vs. Zombies. Angry Birds is likely closing in on 100 million downloads, a huge number compared to the numbers for hit console games.

PopCap gets about a third of its overall revenues from mobile games. For 2011, growth prospects look good. But one of the big questions is how much Android will take off and whether tablets beyond those made by Apple will take a bigger chunk of the computing market, Roberts said.

“There is still a question whether anyone can make a ton of money on the Android platforms,” Roberts said.

Roberts reiterated that his company is contemplating going public in the second half of the year. It probably isn’t hard to figure out why.