A fledgling lidar startup is launching out of stealth today, backed by more than $30 million in investors’ money. San Francisco-based Ouster has officially unveiled its OS1 lidar, which it said represents a “step-change in lidar sensing technology” compared to what is currently available elsewhere on the market, with “marked improvements in mass, form factor, and power requirements.”

Ouster said that in addition to improvements in form factor and power requirements, its 64-channel lidar sensor, which is shipping now, also matches the resolution of the highest performing automotive lidar technology available today. 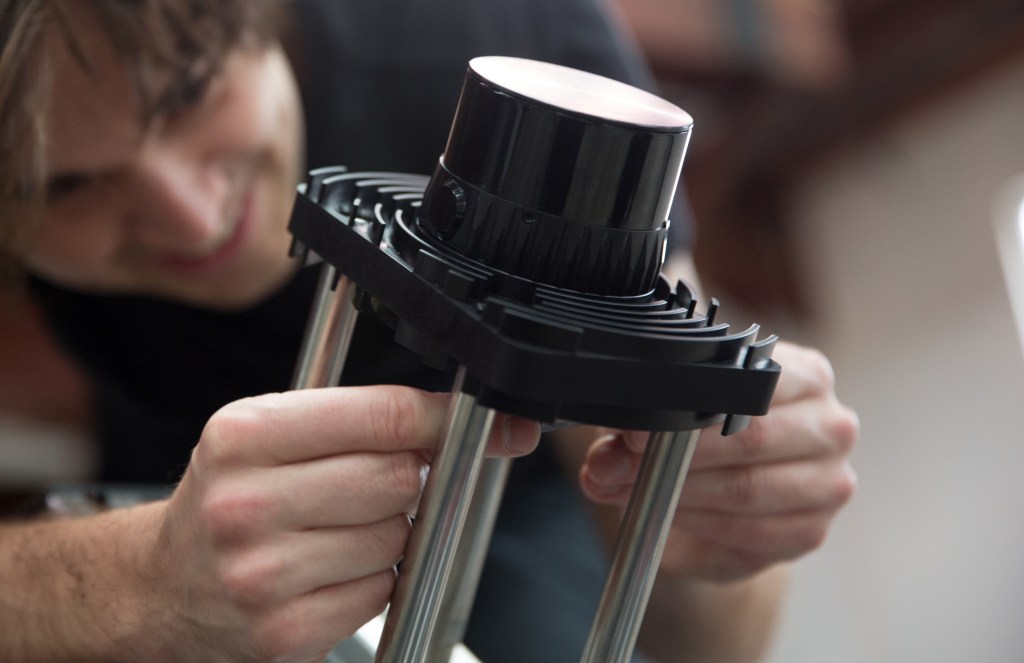 By way of a quick recap, lidar is a method of surveying the environment with laser-powered light, often used to make high-resolution maps. Many self-driving cars scan the environment using lidar, which allows the vehicle to get a sense of what’s around it and avoid obstacles. This is tricky and perilous at high speeds on busy roads, especially when poor lighting and bad weather is at play, so the need for high-quality cameras and sensors on autonomous vehicles is paramount.

Ouster was founded in early 2016 by CEO Angus Pacala and CTO Mark Frichtl, and the startup has been operating under the radar in the nearly two years since.

“The company has maintained a low-profile for over two years — staying heads-down and focusing on getting the OS1 ready to ship,” noted Pacala. “I’m incredibly proud of our team for their hard work to produce the most advanced, practical, and scalable LIDAR sensor on the market, and we’re very excited about the impact our product will have in autonomous vehicles and other applications in robotics.”

The company is also announcing a $27 million series A funding round today led by Cox Enterprises, the parent company of automotive firm Cox Automotive, with participation from Fontinalis Partners, Amity Ventures, Constellation Technology Ventures, Tao Capital Partners, and Carthona Capital. This is in addition to a smaller seed round Ouster previously raised, taking its total funding past the $30 million mark.

Ouster said it will use its fresh cash injection primarily for manufacturing, as well as to develop its next-generation sensors, and reckons its manufacturing capacity will hit the “tens of thousands” of sensors in 2018.

Lidar has emerged as a key focal point for investors, technology firms, and automotive companies alike. A few months back, Innoviz Technologies raised $65 million to accelerate its lidar tech for autonomous cars, shortly before Samsung and SoftBank jumped on board to take the total round to $73 million. Elsewhere, Israel’s Oryx Vision raised a chunky $50 million round to develop its lidar technologies, while General Motors boosted its self-driving car credentials with the acquisition of lidar startup Strobe.

With so many companies now operating in the lidar realm, a key competitive factor will be the ability to optimize the size and specs, while also bringing the price down. Ouster said that the initial price of its OS1 sensor will be $12,000.

“Ouster’s OS1 LIDAR is a truly compelling piece of technology that we believe is going to accelerate the autonomous driving development curve,” said David Blau, VP of corporate strategy and investments at Cox Enterprises.