BillGuard had built a solid reputation in the personal finance realm since it was founded in Israel in 2010, with a consumer-focused app that lets you monitor your bank card transactions and receive alerts for hidden fees, billing errors, and scams. With a community of 1.3 million registered users, this led Prosper Marketplace, one of the pioneers in the peer-to-peer lending realm with some big money under its belt, to come a-callin’ and acquire BillGuard for more than $30 million.

Moving forward, BillGuard will be known as Prosper Daily on both Android and iOS. The app will effectively be the same for the time being, except with a new logo, name, and color scheme. 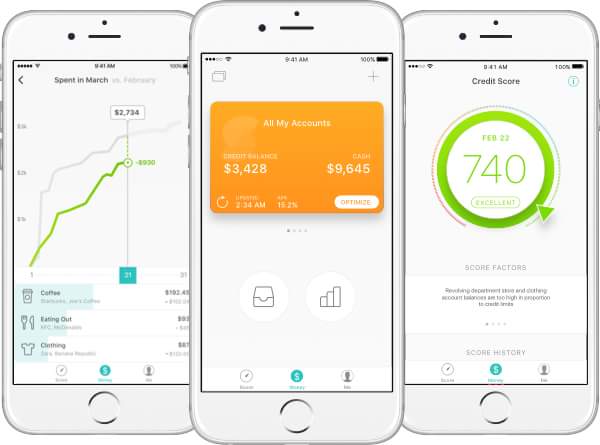 BillGuard began as a web-based service to protect your accounts from unfair charges. After saving people over $75M in grey charges, we realized the opportunity was even bigger: helping you stay on top of your money, right from your mobile device. BillGuard quickly became your daily app to easily check on your spending updates from all your accounts.

Now that we’ve joined together with Prosper Marketplace, we’ll take things a step further: helping you optimize your personal finances through smart, personalized tools. This is when things get really interesting!

Prosper is effectively taking a softly-softly approach with its new acquisition — perhaps partly to ease BillGuard’s user base into a new system, but also so that it doesn’t overwhelm the community with too much change at once. The name change is key to the new direction — though Prosper Daily will still focus on the security aspect of your spending, it’s not just about that any more. “We searched for a name that conveys our newly broadened mission to enhance financial wellness — to prosper through simple, daily actions that improve your money life. Prosper Daily!,” the announcement continued.

In the future, Prosper Marketplace is promising more smarts to track spending, though it stopped short of saying what they’ll be.

“We’re just getting started with Prosper Daily,” said Itzik Cohen, chief business officer of Prosper Marketplace, in a statement. “Our goal is to create a new type of personal finance app. We plan to use Prosper’s marketplace innovations in lending and investing to introduce new capabilities in the app that we think will be very meaningful to all of our users.”

But perhaps most notable here is that this marks Prosper’s first official foray into mobile, which may seem belated given the growing prominence of mobile across most industries, not just finance. The majority of Americans today now use smartphones, and earlier this year Facebook revealed that more than half of its billion-plus users only access the social network through a mobile phone. But there’s little point launching on mobile just for the sake of it — Prosper clearly wanted to hit the ground running, and it found a good match in BillGuard, a company with traction.