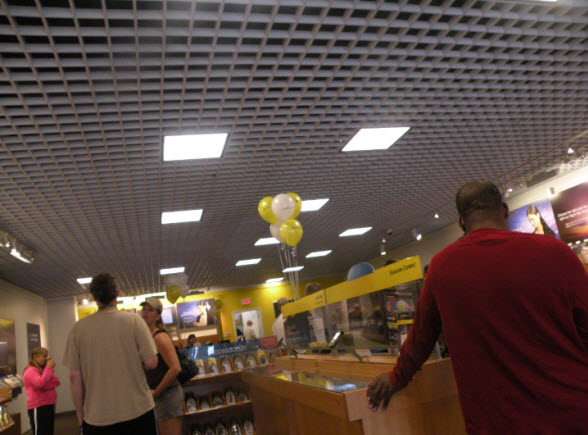 The Palm Pre went on sale at midnight last night in Sprint, Best Buy and Radio Shack stores around the country. Crowds lined up to get their hands on the smartphones, which are expected to be in short supply.

Palm and its exclusive wireless carrier for now, Sprint, both have a lot riding on the Pre’s launch. It represents Palm’s attempt to one-up the iPhone and recover a lot of its past cachet as an innovator in mobile technology. Sprint, the third-largest carrier in the U.S., needs a hot seller to stave off losses and come up with an answer to AT&T’s exclusive on the iPhone. 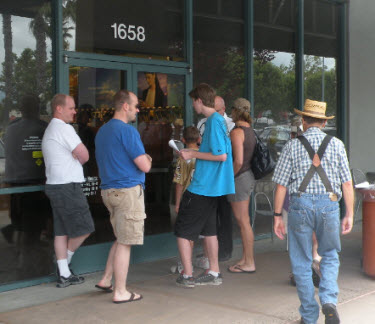 I visited a Sprint store in Campbell, Calif., at mid-morning. There were a handful of people waiting in line to buy their phones at a store decorated with lots of Pre signs and yellow and white balloons.

The store employees had locked the door to keep the rioters out, but there were only four people standing outside. A district manager came by and ordered them to keep the door open. The store had a waiting list and a couple of guys were waiting to see if their names would be called. The process took a while since Sprint employees had to activate phones and then swap address books from old phones.

That’s not the same kind of madness we saw last year when the iPhone 3G went on sale. But the signs are abundant that the Pre is a hit. A store in downtown Boston had sold out of its 55 Pres before 11 am. Palm executive chairman Jon Rubenstein was spotted at a launch in New York city (and see our story about the celebrity Pre launch on Wed). 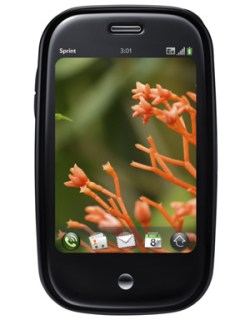 The Pre has received almost universally positive reviews, including the excellent one (it’s thorough) from the Wall Street Journal’s Walt Mossberg, who called it a “powerful competitor” to the iPhone. The only negative is that its application downloading store, the “Pre App Catalog,” isn’t yet functional, one reason why the Pre is limiting its application tools to only a few developers. But Palm will be activating it shortly.

I think the Pre is a good alternative to the iPhone for people who want similar functions but a more down-to-earth style. The Pre is small enough to fit in any pocket, (as Nintendo once said), no matter how tight your jeans are. It has a slide out push-button keyboard, which can be much easier to type on in comparison to the iPhone’s touchscreen keyboard, which is prone to mis-typed keys. 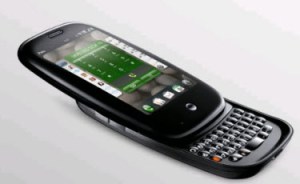 But the physical keyboard brings some trade-offs. The 3.1-inch touchscreen is vibrant but it’s not nearly as gorgeous as the iPhone’s 3.5-inch display. And while the Pre can sync with iTunes, it can’t play the digital-rights-management protected songs in Apple’s protected AAC format.

Palm says its new webOS operating system helps the phone more fully integrate applications with the Internet. One Pre feature, called Synergy, lets you can easily integrate Facebook and the Pre’s contact list in a smart way. For instance, the Pre can automatically bring in pictures from your Facebook friends list and match them to the phone numbers of the same people in your contact list. That’s a brilliant way to make phone calls more personalized without forcing everyone to painstakingly import photos into contacts one by one. You can merge contacts from various other places too, for example from Google contacts. The Palm can sync wirelessly with your Google Calendar or contacts, and with Microsoft Exchange, which lets you get access to your emails and Outlook contacts and calendar.

In summary, the Pre boasts one of the more sophisticated address book integration efforts yet, at a time when many experts believe the address book has become one of the sexiest areas for mobile phone development.

The Pre also has something called Cards, like a deck of cards. It’s an analogy for a multitasking operating system where you can be doing more than one thing at a time. You can flick a Card to get rid of it or minimize it. And you can also easily bring it back even if there are multiple apps open.

The backup process is automatic. It has about a dozen apps at launch, compared to 52,203 on the iPhone, according to Mobclix. Most of the dozen, though, are those that already rank as the most popular on the iPhone, including Pandora and YouTube. It also has some of its own applications, including live TV and turn-by-turn directions.

The Pre also includes MMS (Multimedia Messaging Service) technology, which lets you send photos and other media to other phones. It also includes a copy and paste feature. Both MMS and copy and paste aren’t available on the iPhone, though Apple has said they’re coming. The Pre also has a search feature that lets you search your phone, the entire Web or other things, such as Twitter.

Some reviewers of the Pre have found it prone to crash, suggesting that the Pre’s ability to let multiple applications work simultaneously comes at a cost (the iPhone doesn’t allow such multitasking). The good part is that the Pre’s automatic backup feature ensures data isn’t lost during these crashes. Also, the Pre has a mechanism to warn you when too many Cards are open.

The Pre costs $199 after a $100 rebate if you buy a two-year subscription. The Pre’s monthly plan with Sprint costs $70, which is the same as AT&T charges for the iPhone. But Sprint and Pre throw in unlimited text messaging, while AT&T’s plan for iPhone makes you pay extra for texting.

Did you stand in line to buy a device? If so, please tell us about your experience in a comment.