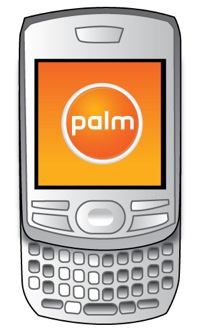 Palm‘s new smartphone, which is premiering at this week’s Consumer Electronics Show and will be a key part of the company’s efforts for a comeback, will feature a slide-down QWERTY keyboard, as well as a large touchscreen, according to a “trusted source” of the blog CrunchGear. That source describes the device as “iPhone-like,” and the forthcoming operating system, also launching at CES, as “amazing.”

For Palm’s sake, that had better be true: The company is struggling, having reported a loss of $506.2 million for the second quarter of this fiscal year, and a 13 percent drop in smartphone sales. Analyst Jack Gold of J. Gold Associates told the San Francisco Chronicle: “This is Palm’s last gasp.” In addition to the new phone and the new OS, code-named Nova, Palm also launched an impressive store for mobile applications recently, although VentureBeat writer MG Siegler was concerned about the store’s branding (it’s hard to know what its actual name is), and the fact that the store wasn’t built by Palm itself.

The vague details released so far aren’t much to go on, for either the phone or the OS. (In comparison, Palm’s Treo has a smaller touchscreen, and its QWERTY keyboard doesn’t slide out.) Palm says it’s trying to nail a sweet spot somewhere between the iPhone’s focus on consumers and the BlackBerry’s focus on business customers. Presumably Elevation Partners was impressed by what it saw, since it just invested another $100 million in the company.