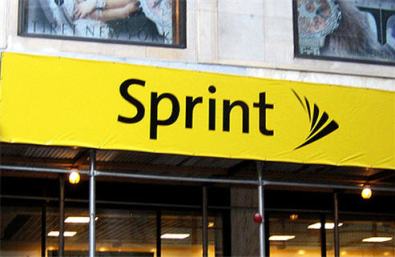 Sprint Nextel’s much-vaunted launch of the Palm Pre smartphone hasn’t turned around losses in the company’s subscriber base yet, according to second-quarter earnings results. The company said today that it lost $384 million, or 13 cents a share, last quarter, compared to a $344 million loss in the same time a year ago. Losses were deeper than the average 2 cents a share prediction from analysts surveyed by Thomson Reuters. Sprint Nextel fell 11.8 percent to $4.05. Sprint Nextel lost 991,000 post-paid customers, while gaining 770,000 contract-free lines.

The company is trying to stage a turnaround by accumulating a larger base of prepaid customers through its agreement to buy Virgin Mobile USA Inc. yesterday for about $420 million in stock. Sprint launched the Palm Pre a month ago in a bid to stanch losses to Apple’s iPhone and recover its former cachet as an innovator in mobile technology.

Sprint CEO Dan Hesse declined to discuss Palm Pre results, but confirmed the carrier’s plans to add a device based on Google’s Android OS before the end of the year. Sprint’s CEO also said that most of the speculation surrounding the results for the Palm Pre are wrong. Yesterday Verizon Wireless revealed that the carrier will soon offer the Palm Pre, currently only available on Sprint.

At yesterdays’ Verizon Developer Conference RIM’s Co-CEO Jim Balsillie had told the audience that “the primary driver for smartphone sales are applications, a notion explored at the recent MobileBeat conference. Carriers and device makers continue to look for a winning formula as applications are changing their business. Balsillie also took the chance to slam “… a unnamed PDA maker (editor’s note: Palm) who boasted in 2000 that they had 40 thousand developers and one hundred thousand applications. We had one killer application at the time. Now see where history has taken us.” 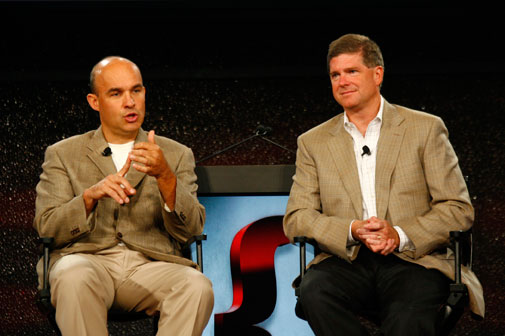 At the same panel Verizon’s Executive Vice President and Chief Marketing Officer John Stratton agreed on the new importance of apps, adding “we need apps to sell devices including more Blackberries, it’s a strategic fit.” Without being asked about media reports on the iPhone coming to Verizon he went on to say that “RIM is our most important partner in the smartphone market without a peer.” The Blackberry Curve is currently the best-selling smartphone in the market as Apple and RIM are on track to make up more than half of the mobile phone industry’s profits this year.

Kim-Mai Cutler contributed to this article.