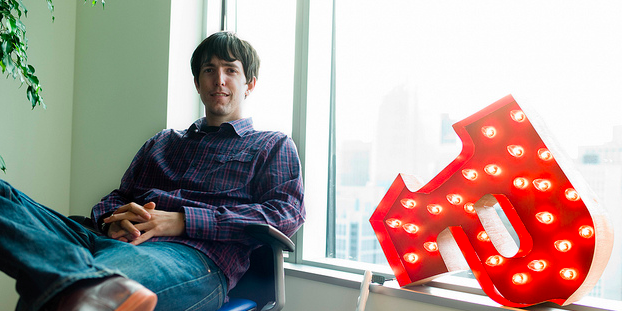 Rumors about Path’s new round of funding have circulated for some time, but they are now being reported as hard numbers. Path confirmed to VentureBeat today that it had closed a Series B round for “more than $30 million.” Earlier, AllThingsD had reported that it had “confirmed” a $40 million round of funding led by RedPoint Ventures that would value the company at $250 million.

“We led an investment in Path because we are strong believers in a social network that focuses on privacy and mobility,” said Redpoint managing director Satish Dharmaraj, in a statement. “This investment is a bet on [Path founder] Dave Morin as much as it is in our shared vision for a private, mobile-focused social network.”

Path launched with a focus on creating a very small, intimate social network, but pivoted to become a personal journaling app — basically, a mobile photo sharing app with some fancy bells and whistles. Since that relaunch the site doubled its user base from one to two million.

Everyone is talking about how Path is a hot acquisition target in the wake of Facebook’s $1 billion purchase of the mobile photo sharing app Instagram. Path certainly has a lot of hype around it, but when you stop to break down the numbers, an acquisition makes a lot less sense.

Path may have 2 million registered users, but how many of them are active? According to AppData, which measures activity on Facebook, and is a strong proxy for measuring user activity, Instagram counts over 12 million monthly active users. Path has less than 500,000. As it stands, Instagram is adding around 1 million users per day. To be fair, Path is doing far better by this calculus than some other Instagram-like also-rans like Hipstamatic and PicPlz.

Instagram also had wide appeal among celebrities and brands, strengths that Facebook’s advertising team will be able to leverage into serious dollars. Path is a niche social network with a renewed focus on photo sharing used mostly by the technorati.

It wouldn’t be inconceivable that if Path manages to double its user base again this year, someone like Google or Twitter would swoop in and buy it a premium. But to buy it now would be a mistake. Once the dust settles from all the hot air around the Instagram purchase, it will be clear that Path is its own animal, and should be valued according to its own growth statistics, not by its superficial similarities to Instagram.