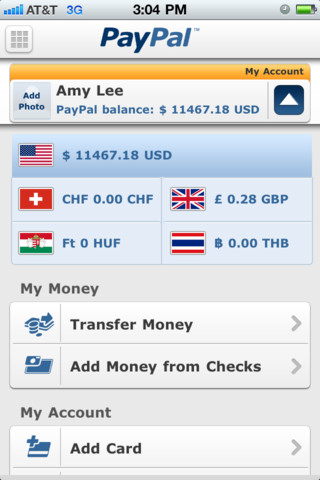 Maybe “cha-ching” should be “ra-ring,” as PayPal had a 514 percent increase in mobile payments this Cyber Monday from last year.

Just as people adapted to purchasing online, now they are becoming more accustomed to buying through their smartphones. PayPal is seeing a six-fold increase in mobile payments, as smartphones move toward owning half of 2011’s mobile marketshare. A recent Nielsen study states 43 percent of mobile phone owners are smartphone users, 62 percent being 25 to 34 year-olds. The payments company saw an even bigger mobile increase, 516 percent, this past Black Friday.

“Based on the volume of mobile purchases made throughout the weekend, it seems that as we predicted throughout 2011, mobile shopping has hit its stride this Holiday season,” said PayPal Shopping Specialist Claudia Lombana in a blog post.

The boom in PayPal’s Black Friday mobile purchasing happened between 1 and 2pm. Today’s 514 percent only reflects mobile purchases made as of 11am Monday, and the company says it will reveal more details Tuesday morning.

According to IBM, retailers’ website traffic was 11.85 percent mobile users as of 3pm Pacific Time today. iPhones accounted for the majority of the mobile traffic, followed by Android devices and lastly the iPad.

On the other side of eBay, the e-commerce site saw an impressive response to its iPad 2 sale. The company offered white 16GB iPad 2s for $50 off the retail price, and sold out its entire stock in less than 2 hours. eBay says it had four iPad purchases a minute in the time it took to sell out the offer.