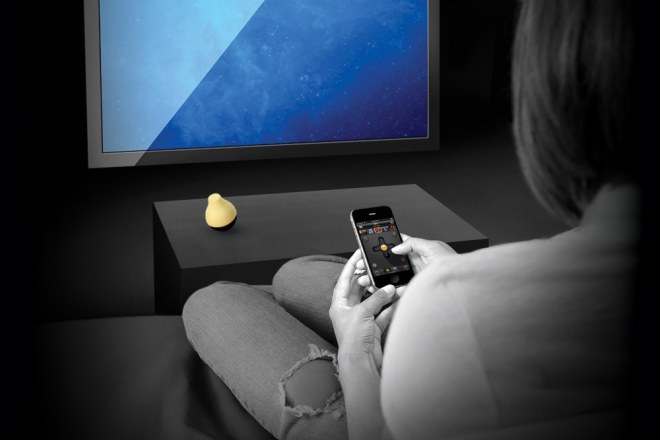 The social TV startup Peel has added yet another feature to its multifaceted iOS app: the ability to “boo” and “cheer” American Idol contestants in real-time.

The American Idol integration — which isn’t an official partnership with Fox — serves as the pilot launch for Peel’s real-time TV engagement platform. So now not only can you use Peel’s app to discover things to watch and remotely control your TV (using the company’s hardware accessory), it’ll also be the place where you can commiserate with your friends over your favorite show as it’s airing. 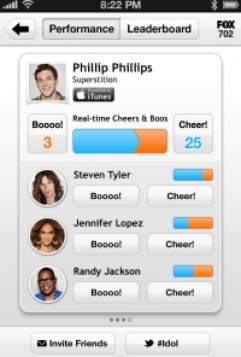 “It looks like the definition of social TV today is checking into a show and tweeting about it, and we think that’s an interesting starting point, but it’s far from the finish line,” Scott Ellis, Peel’s vice president of marketing, told VentureBeat in an interview. With real-time engagement, Peel is looking to push the concept of social TV even further.

Here’s how it works: While you’re watching American Idol, you can jump into the real-time feed in the free Peel iOS app. You can tap boo and cheer buttons for singers as they appear on the show, which is synchronized by someone in the Peel offices viewing the East Coast Idol stream. Every week Peel will issue a report showing how the community responded to each performance — data that both Fox and fans could find interesting.

Ellis tells me that the company didn’t form an official partnership with Fox because such negotiations would have taken too long. And since Peel isn’t using any of Fox’s content, they didn’t need the network’s permission anyway. Once the company has some useful information from its engagement usage, it’ll bring that data to Fox for further discussion.

I played around with an early version of the real-time integration (obviously, without a live American Idol showing), and it performed smoothly. But the real test for Peel will be to get its users on-board, and to market itself to fans of American Idol who haven’t yet heard of its app.

After American Idol, Peel will look to integrating live engagement with other reality shows like Dancing with the Stars, as well as for special-interest sports events like the Olympics. The company is also working on bringing the live engagement platform to its Android apps within the next few months.