That Apple scored an $18 billion profit last quarter — the highest of any public company on record — may not have been the most important storyline in smartphone world last month. Apple also grabbed almost all of the profits made in mobile devices — full stop.

The equities research firm Cannacord says that Apple took 93 percent of all handset profits worldwide with its sale of 74.5 million phones at an average price of $687 apiece.

In its quarterly earnings, Apple reported gross margins of 39.9 percent, compared to 37.9 percent in the same quarter a year ago. The company does not break out margins on specific product lines, but considering that the iPhone constituted 65 percent of its revenue, it’s safe to say margins were somewhere in the neighborhood of 40 percent.

Meanwhile, Samsung, Apple’s chief rival in mobile, reported that it sold somewhere between 72.1 million and 75.1 million smartphones in the quarter, but it’s profit margins were far less that Apple’s, falling to 18 percent from 21 percent (EBITDA) for the same period last year.

This comparison goes a long way toward explaining why Apple managed to gobble up most of the total pool of profits to be had selling smartphones around the world.

That’s the why, and this is the how.

Apple made a choice long ago to sell premium-priced smartphones, and many of its competitors have chosen to chase the raw numbers of people in developing markets who are ready to buy their first smartphones.

At the moment, Apple’s strategy is the one proving out, as the down-market approach seems be rife with problems.

Apple’s focus on higher-end markets has cast its net over the affluent market and the want-to-look affluent market, and the two together equal something big. Also, by not compromising much on the features, design, and source components and materials of iPhones, Apple has preserved its image as “the phone for the elite.” The company is masterful at creating and preserving brand equity, and it has been even more successful at converting that massive brand equity into high profit margins.

“This is nothing new,” says Current Analysis analysts Avi Greengart. “Apple has always taken the lion’s share of the profits in the handset space.” Indeed, Cannacord reports that Apple made most of the money in smartphones worldwide throughout 2014, taking 79 percent of the smartphone profits worldwide.

“They’re just coming off a mammoth quarter where they too vast amounts of profits, but this has been happening for some time,” Greengart says. Apple has been unique in this, Greengart says, although it wasn’t always that way.

Samsung and other handset makers trying to address the low-end market have been swept into a race to the bottom, margin-wise, with super-low-cost handset makers like MicroMax in India and Huawei and Xiaomi in China taking a huge bit out by selling phones nearly at cost.

Greengart believes that at the premium end, Samsung and its Android phone-making brethren are seeing a shrinking addressable market because of Apple’s domination.

“I don’t think it’s a zero-sum game,” Mainelli says “Just because Apple has a great quarter doesn’t mean that everyone has to have a bad one.”

Apple’s success with the iPhone 6 and 6 Plus, Mainelli says, might just be proof that there’s still a big market out there for large, premium-priced phones.

Samsung’s problem, he says, is more about asking than getting a premium price. “The question is whether the Android phone makers can continue getting premium prices; many of these companies — including Samsung — are asking ‘What’s the highest price you can sell an Android phone at any (considerable) volume?'”

Samsung, let’s remember, pretty much invented the “big phone” or “phablet” craze when it introduced the Galaxy Note at CES a few years ago. Many analysts and journalists couldn’t see any future in such a big and unwieldy thing at the time, but consumers soon proved them wrong.

Mainelli believes that people in Asia, specifically women, were the first to accept the large phones. For women it was “I’m not putting this in a pocket, I’m putting it in my purse,” Mainelli says, “And watching video and shopping and web browsing are better on a larger screen.”

And for a while, Samsung killed it with the big phones. Flash back to the summer of 2013: Samsung shipped 107 million phones in the second quarter compared to Apple’s 31.2 million, and Samsung beat Apple to become the most profitable smartphone vendor in the world, too.

“I think that Apple timed this perfectly,” said Bob O’Donnell, founder and chief analysts of Technalysis Research. “They were able to tap a lot of pent-up demand for a larger iPhone.”

“Once people started seeing their friends and relatives with larger (Android) phones and used them and thought ‘Hey, this is nice,’ they wanted a larger phone but they didn’t want to leave iOS, so the only answer was a larger iPhone,” O’Donnell said. “And — bam! — Apple delivered.”

So lots of people bought the iPhone 6 and the iPhone 6 Plus in the holiday quarter, and this will probably continue to create strong Apple device sales in the next two quarters, O’Donnell says.

IDC’s Mainelli is a little more bullish in his forecast.

“They’ll enjoy strong earnings throughout 2015, as people in subsidized markets see their contracts come up for renewal,” Mainelli tells VentureBeat. “Some percentage of former iPhone users — and Tim Cook said this on the conference call — will come back to iPhones after having switches over to Android phones for the bigger screens. So they will see some continued (sales) volume around that.”

The analysts at Cannalys are even more bullish. They expect that iPhone sales will continue to grow and that by 2018, 650 million people will be carrying iPhones around.

OK, but now what?

But what will be the next thing to make 75 million people buy iPhones in one quarter? 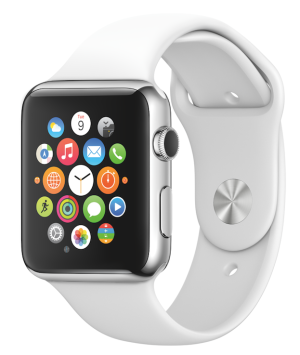 O’Donnell, Mainelli, and Greengart all agreed that Apple, and all other “phablet” makers, have reached the limit on phone size.

“There will not be a wave of larger phones,” Mainelli says. “There are limits to what people are willing to carry.”

Chances are good that the iPhone 6S, or whatever they call it, will have just some incremental feature improvements, like a better camera or a faster processor. Sales are likely to contract, and margins may see some shrinking. “As we’ve seen with the iPad, maintaining this kind of growth is going to be nigh impossible,” O’Donnell.

“What’s going to be the next billion unit market?” asks Mainelli.

Well, if you ask Apple, it starts shipping in April. Whether that’s true is another topic for another day.