We’ve been watching Google’s messaging strategy of four separate apps unfold for months now. There’s Allo and Duo, the company’s mobile-only messaging and video apps for consumers, Messenger for all your Android texting needs, and Hangouts for all your enterprise and desktop video conferencing needs. Google’s Pixel phones (read our review) perfectly portray what an absolute mess this is.

When you first turn on your Pixel phone, one of the steps in the setup process asks you which Google apps you’d like to install. The Google app is mandatory, but you can choose whether or not to install Allo, Docs, Duo, Keep, and the Daydream Keyboard.

If you decide to install both Allo and Duo, your app drawer looks like this: 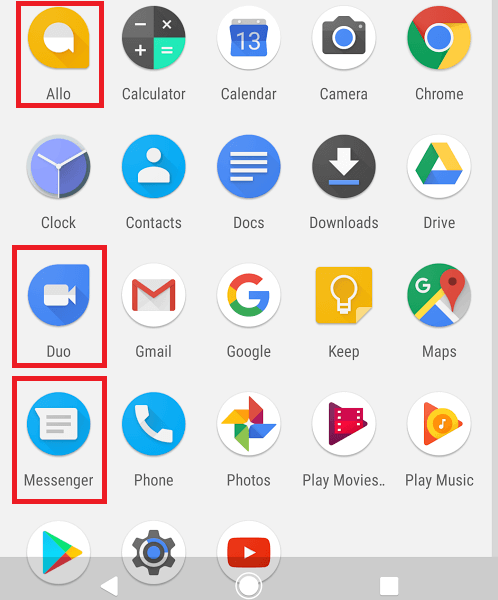 Unless, of course, your carrier has taken over your phone, in which case your app drawer looks like this: 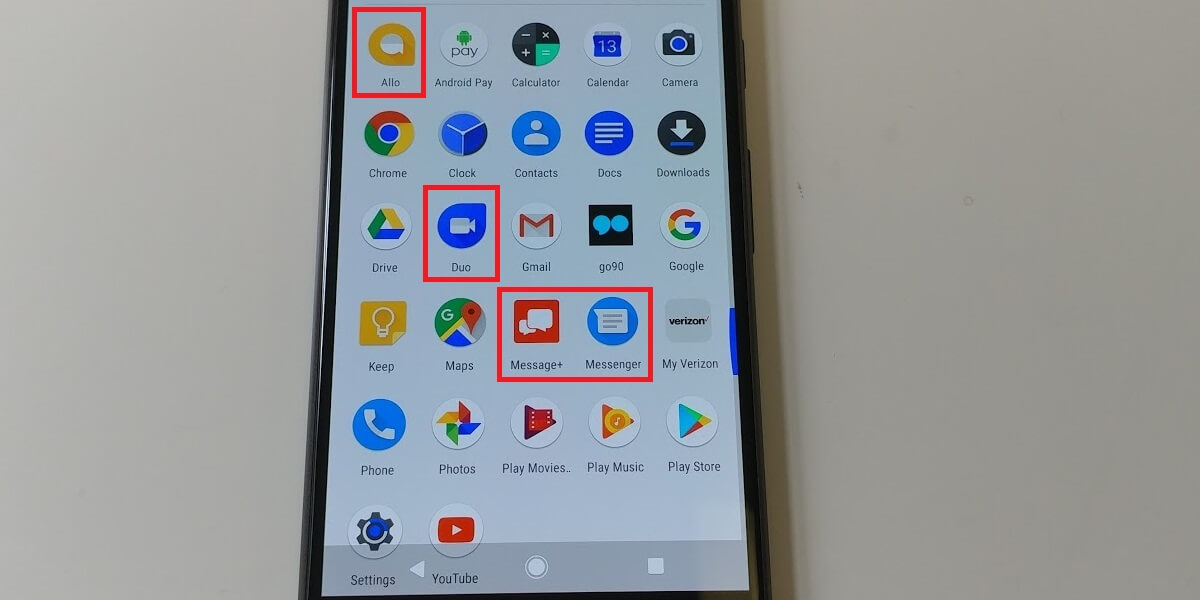 (Google should not be letting Verizon or any other carrier bundle their messaging app. If the company can’t get this right with the Pixel phones, when the hell will it?)

Carrier nonsense aside, you basically have three Google messaging apps: one that can’t place video calls or send text messages (Allo), one that can’t send any type of message or perform group calls (Duo), and one that can only text (Messenger). To add insult to injury, the three apps not only don’t work with each other, but they also manage your contacts differently.

Does Google really think its users are going to switch between three of its messaging apps just to cover the basics of mobile communication? I’m expected to text my friends using Messenger, use Duo to call the few people who actually have it, and then also fire up Allo to message absolutely nobody. That’s, of course, on top of using Facebook Messenger, Skype, and WhatsApp?

Here’s what ends up happening instead. I continue to use Facebook Messenger the most, switching to Skype and WhatsApp occasionally. I might use Messenger for texting, if I decide not to use Facebook Messenger’s app for the same functionality. I suspect that most people also don’t bother switching from their usual messaging apps — not because Allo, Duo, and Messenger are bad apps, but because they can’t properly compete. The result is that Allo and Duo are never even launched.

That’s not all. For whatever reason, Hangouts is disabled by default on the Pixel. That’s why you don’t even see it in the images above.

As such, the first time I actually had to take a Hangouts call, here’s what happened: 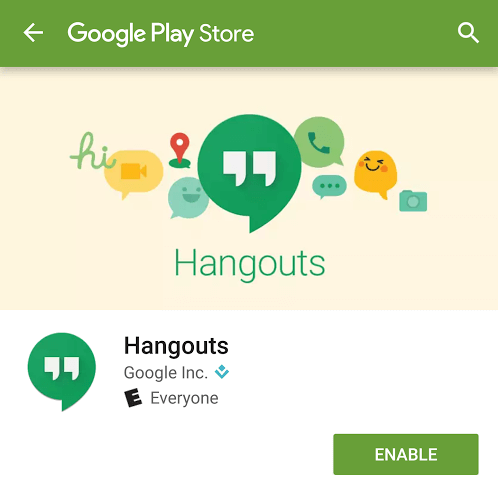 Instead of being dropped into the call, like I would be on previous Android phones, the Google Play store launches. You have to hit the green Enable button, which then changes to “Open,” and which you have to tap again. Hangouts opens, and you’re asked to pick your Google account, as always, but then you’re dropped into the app’s setup process and, of course, the call link doesn’t end up opening. So you close Hangouts and open the link again, pick your Google account, and you’re finally in the call.

I understand that Google wants Duo to be its consumer app for video and Hangouts to be for enterprise. As a result, Hangouts is now optional to include on Android devices, and Duo is taking its place. But Google certainly wasn’t asleep during the BYOD trend of the last decade that helped Android and iOS take off. People are going to use their “consumer” phones for “enterprise” purposes.

In other words, don’t disable Hangouts if none of your other apps can handle a link for the app. Why disable it just so those who need it have to enable it?

As for the other three apps, their adoption is being artificially capped. I understand that Google wants to start fresh and build out messaging apps that offer features existing solutions simply don’t. But that doesn’t work if you can’t get the basics down, and that means being able to text, message, and call in one app.

The only proper way forward is to merge Duo and Messenger into Allo. This one app should be just for texting when the recipients don’t have Allo and Duo. If they do have either of those apps, then those features come to life.

The way things are now is nonsensical. And all those new Pixel users that could be helping grow Google’s new messaging platform will instead end up using anything but Google’s four apps.