Almost a year after smashing its modest $50,000 crowdfunding goal by more than 1,000 percent, Switzerland-based Dacuda has launched what it calls “the world’s smallest wireless scanner” to the public, having already shipped to its thousands of Kickstarter backers globally.

The PocketScan unit is about the size of a standard computer mouse, and costs $170 — though for the public launch, it will set you back just $100 until July 19.

VentureBeat managed to grab a hands-on with one of the devices ahead of today’s big rollout, and it pretty much works as described, though we did experience some teething problems setting things up. 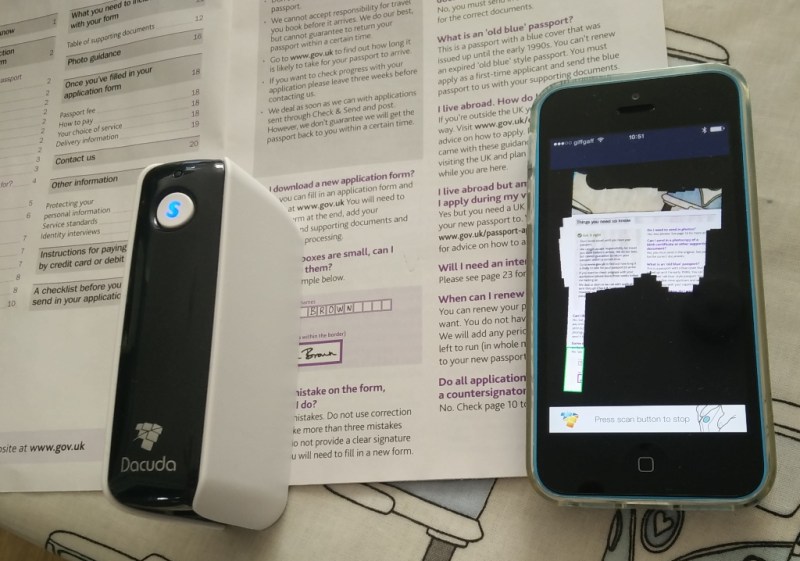 Out of the box you get the PocketScan device itself, a micro USB cable, and a how-to guide. You can also pay $40 for a neoprene case to house the scanner if you wish. You then have to sync the unit up with your phone, tablet, or computer across Bluetooth, which can be done via a PocketScan app for desktop, Android and iOS.

Now, I’m no stranger to syncing up devices with Bluetooth, but I just could not get this to work at first, with various error messages popping up. The same applied on Android, iPhone, and iPad — it just did not want to play ball. After a great deal of fiddling, involving resetting the unit, turning off phones, and various other trial-and-error solutions, I finally managed to get it synced.

You then tap the little button on the front of the PocketScan and run it across the page you wish to copy. The scan appears on your phone in real time, and you can move the scanner back up the page if you miss a little bit — it all worked fairly smoothly. Afterwards, you’re given the option to edit the page — you probably will need to crop it at the very least. 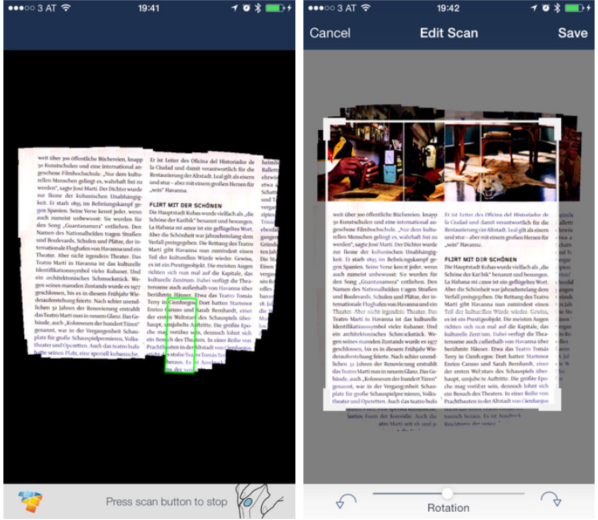 Within the PocketScan app, it can recognize text for Word and Excel using optical character recognition (OCR), meaning that you could scan a document or table and it can transform it instantly into editable content — this is a big selling point.

Moreover, even if you do have a home scanner, chances are it’s one that fits a document no larger than A4 or A5 — the PocketScan is freehand, meaning you can run it across any size of surface.

I would add here that there is a knack to scanning a page with the device. It’s not exactly rocket science, but it did take me a couple of attempts to master the motion required to obtain a clean scan. Here’s PocketScan’s demo video of how it works, but from my experience it definitely requires slower, more deliberate motions than what’s suggested here — particularly when text isn’t involved.

At $170, is this really worth the money when there are pretty decent alternatives out there? For example, I tend to use Scanbot for Android (there are many other similar apps), which lets me use my existing hardware (phone) to transform a physical document into digital — and it is a great tool. But there can be problems using such an app for scanning — finding the right light and avoiding the shadow of your phone-wielding hand is one particular challenge.

With PocketScan, you don’t have to worry so much about the surrounding light, given the device itself is placed directly against the surface of the document and the light comes from within the scanner. Plus, it has a desktop app too.

For comparison, here’s a couple of scans I captured of a brochure — the top one was taken with PocketScan, the bottom one with Scanbot. 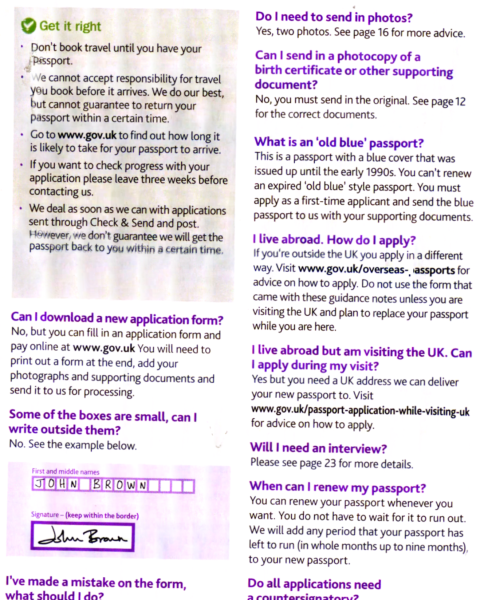 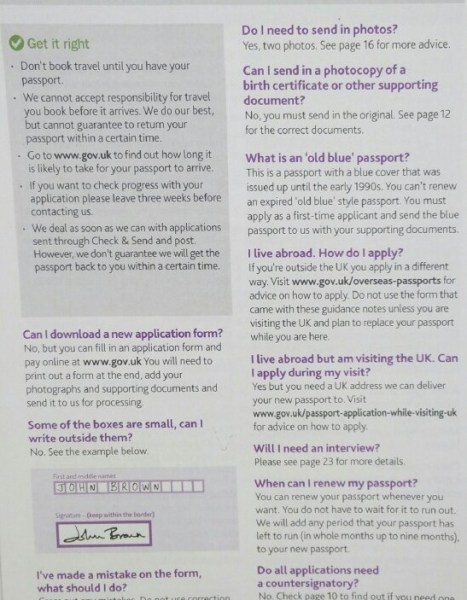 PocketScan took a cleaner snapshot of the object document, but then I guess that’s the trade-off between something that’s basically free and something that costs $170.

While I’m happy with Scanbot for my occasional scanning needs, there is a demand for a dedicated portable scanner, and the $500,000+ raised via Kickstarter is testament to this. It literally fits in your pocket with room to spare, and the resulting snapshot is pretty good, if not perfect.

My one lingering concern from a usability standpoint lies in the synchronization between the app and the PocketScan contraption. It really should be a smooth and painless process, similar to when I set up a Bluetooth speaker or smartwatch with my phone. Once the PocketScan was set up, it worked fine — but it took me the best part of two hours of fiddling to finally get things going. Here’s hoping my experience was isolated.