Spurred to action by the murder of two cops in New York in December, some in law enforcement fear that Google’s Waze social traffic app could be used to “stalk” them. So they want Google to disable the app.

Waze, which Google acquired in 2013 for $966 million, uses social features to warn drivers of traffic entanglements and other bad driving conditions. There’s a “cops” page in the app that can be used to map the locations of police. Cops can be tagged as “visible” or “hidden.”

On December 30, Los Angeles Police Chief Charlie Beck complained in a letter to Google CEO Larry Page that Waze could be “misused by those with criminal intent to endanger police officers and the community.”

Sheriff Mike Brown of Bedford County, Virginia, told the Associated Press that he thinks it’s “only a matter of time” before Waze is used to stalk and harm police. Brown raised the issue at a National Sheriffs’ Association meeting in Washington, D.C., on January 23. 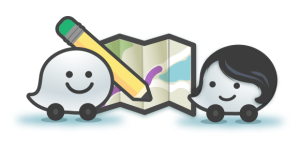 “The police community needs to coordinate an effort to have the owner, Google, act like the responsible corporate citizen they have always been and remove this feature from the application even before any litigation or statutory action,” Brown said.

Police, it seems, feel they have the right to absolute stealth — even when they’re out in broad daylight — and that the citizens who pay their salaries have no right to make note of where they are.

This is ironic, points out Electronic Freedom Foundation spokesman Dave Maass, because the police are usually the first to say that anything that happens out in public is fair game for surveillance. They use this argument when justifying the widespread practice of mass license plate scanning, and when justifying the use of facial recognition technology to identify us in a crowd.

But in the case of Waze it’s the police who are being identified in public, and they’re crying foul.

Their complaints, might grow, in part, from a basic misunderstanding of what the app does. Waze does not “track” cops. It only provides a place for users to post static markers of where police have been. The marker doesn’t lock onto a specific officer and follow him or her around on a map. The Waze “cops” page is really meant to warn drivers of where police may be lying in wait to issue tickets.

And it’s not like Waze is some wholly new threat presented by an exotic new technology. There’s plenty of precedent for the core functions of the app.

“When I was a kid I used to go on road trips with my grandparents and they would always turn on the CB radio,” EFF’s Maass said. “Drivers on the road would warn each other of patrolmen in the area.”

“CB radios have been part of road culture for years,” he added.

Waze isn’t fundamentally different. Waze simply takes that same type of communication and broadens it out as a social media app, Maass said. He said that law enforcement would be hard pressed to get any court to deny people the right to communicate in this way.

Just ask the city of Grain Valley, Missouri, a suburb of Kansas City. Until recently, police there were ticketing drivers who flashed their headlights at oncoming traffic to warn that a speed trap lay ahead. A resident of the town, Jerry Jarman, was recently caught doing just that, and the police alleged that he was — get this — “engaged in expressive conduct.” The ACLU stepped in and filed a federal case on Jarman’s behalf, proving that the city had violated his First Amendment rights.

“Individuals have the right to share information about police officers who are on duty and in public,” the ACLU’s Lee Rowland told VentureBeat in an email. “Shutting down the public’s right to exchange information is not an effective or constitutional method for ensuring the safety of law enforcement.”

Actually, nobody’s ever used Waze to harm a policeman.

A man who killed two policemen in New York in December posted some Waze screen grabs on his Instagram account along with some threatening messages toward police. But investigators found that the gunman, Ismaaiyl Brinsley, had dropped his phone two miles from where the murders took place, proving that Waze was not used to “stalk” the policemen.

The event was apparently enough to spook some cops. Or, more likely, the event gave certain members of law enforcement the frame they needed to rail against Waze.

It’s understandable that police would like to work with as much stealth as possible. I don’t doubt that it makes the work of finding bad guys easier. But law enforcement’s desire for stealth can go only as far as where the public’s right to freedom speech begins — even if it’s in a social traffic app.