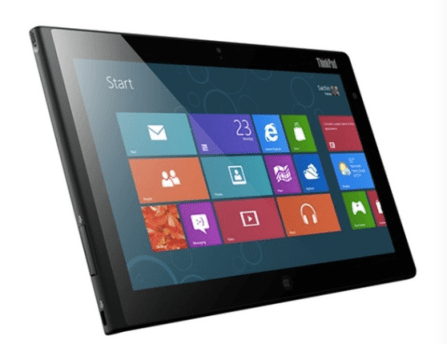 What will be the key to Microsoft’s Windows 8 tablet success? Really cheap Windows RT tablets.

So says Lenovo North American head David Schmoock, who told Bloomberg that Windows 8 tablets running on ARM processors are going to be priced starting at $300. “RT will play in consumer and retail at very aggressive price points,” he said.

Windows RT is the name given to the version of Windows 8 running on ARM processors, which are highly common in mobile phones. Windows 8 tablets, on the other hand, will run on either Intel on AMD chips. (Think of Windows RT as “Windows 8 Lite”, essentially.)

But where does that leave Lenovo? Right now the company appears to be focused on the business end of the market, as its upcoming ThinkPad Tablet 2 shows. Unlike the cheaper Windows RT devices Schmoock is talking about, the ThinkPad tablet will run Windows 8, which puts it in line with the enterprise-heavy ThinkPad brand.

This is a difference that Lenovo is eager to underscore. “The ThinkPad tablet is focused [on going] after the business individual; the Surface is more geared towards the consumer offering,” Thinkpad VP Dilip Bhatia said earlier this month.

Not that Lenovo isn’t eyeing the consumer market as well: The company has already been confirmed as a Windows RT partner, and there are rumors that its previously announced Yogapad tablet will go Windows RT as well.