Have you ever wondered if you should have just one more drink? Your body may say no, but your mind objects. Proof wants to put an end to the internal debate with a wearable that functions as a stylish, but conspicuous breathalyzer.

Created by Milo Sensor, Proof is not only hardware but software. When you’re out on the town and choosing to partake in adult beverages, you wear the device, which has a sensor that measures the amount of ethanol in your skin. That is used to determine your blood alcohol level (BAC) and relays the data to the accompanying mobile app. With this information, you can assess whether you’re too impaired to drive (in most places, it’s illegal to operate a vehicle if you have a BAC higher than 0.08).

But it’s not just to tell you when you can’t drive anymore. Milo Sensor claims that Proof will be able to tell you how many drinks you can have before you’ll have a hangover or avoid any potential alcohol-related side effects. The device will track your alcohol consumption over the course of the day so you can monitor your activity. 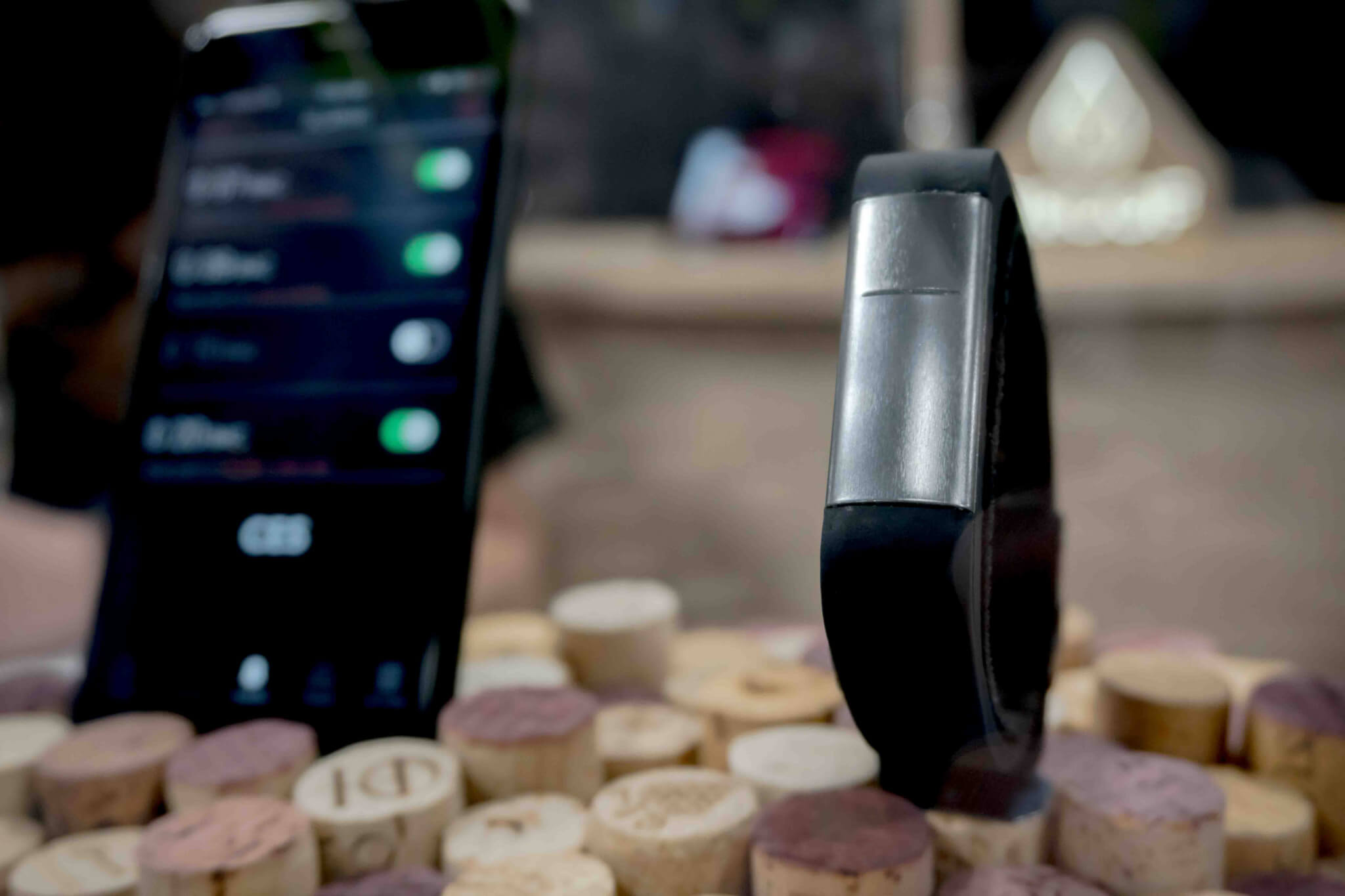 Above: Proof is a wearable device that tells you when you’ve had too much to drink.

Proof looks similar to a Nike+ fuel band and contains a special cartridge that senses the ethanol in your skin. We’re told that this will last for 12 hours before being replaced — Milo Sensor said that additional ones should be priced at “less than the cost of a drink” and there will be a subscription plan. The wearable band itself has a battery that lasts for 60 hours.

To ensure that it accurately gauges how drunk you are, device owners have to input their height, weight, and gender during the onboarding process.

The company had been working on this idea for the past two years, but determining whether you’re drunk or not isn’t the only aim. It plans on focusing on other biotech areas in the future. Milo Sensor will be launching a Kickstarter campaign this year with a plan to bring it to market before the end of 2018. It originally targeted the college market, but now it’s also focused at more young professionals, those interested in the quantified self, and seniors.

If you’re concerned about the possibility of the data gleaned from Proof being used against you in a court of law, Milo Sensor stated that because it believes it’s in the same category of a breathalyzer, it won’t be legally admissible.

Retail price of the Proof hasn’t been disclosed yet, but we’re told it will be similar to other fitness tracking devices.