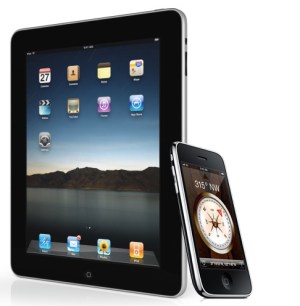 A long, hard look at the iOS 5.1 beta 2 shows that Apple is getting ready for quad-core processing in its mobile devices.

The A5 chip in the latest iPhone and iPad models supports dual-core processing only.

Quad-core A6 chips are rumored to be in the works and may land in consumers’ hands as soon as this year.

By looking at the most recent iOS beta’s code, as 9to5mac already has, we see the operating system supports up to four cores, numbered core.0 to core.3 (developers always start counting with the number 0; don’t ask us why, that’s just how it is).

Quad-core mobile devices aren’t unheard of in these parts. Back in May, Nvidia started singing the praises of its new Tegra 3 quad-core mobile processor. Code-named Project Kal-El (Superboy’s given name, for all you non-nerds), the chip was designed to give mobile phones and tablets performance capabilities on par with those of laptops and other personal computers.

We’ll see if Apple launches new iPad (and perhaps iPhone) versions featuring quad-core processing in the next few months, but we’d be shocked if the company lets Android manufacturers sneak ahead of it in innovation for very long.