Though Qualcomm’s Snapdragon 835 and Snapdragon 850 mobile platforms enabled the company to offer a handful of “always on” Windows laptops, the San Diego company had grander plans for a system-on-chip designed from the ground up for PCs. Now, after several years of development, that chip is here, and it’s called Snapdragon 8cx: the world’s first 7-nanometer chip for PCs.

During its Snapdragon Tech Summit today, Qualcomm explained that the Snapdragon 8cx represents a new tier compared with the 850, and that both tiers will continue moving forward — with chip advancements at a “smartphone pace.” As contrasted with Intel parts, which Qualcomm suggested favor performance over battery life, the 8cx was developed to balance performance and battery life while emphasizing improved computing power.

That said, Qualcomm is taking advantage of ARM processors to deliver superior performance per watt compared with standard Intel chips. The company claims that the 7-watt fanless Snapdragon 8cx will achieve performance comparable to a 15-watt Intel U-series chip with a fan. This would make it somewhat like Apple’s A12X processor, which lets the latest iPad Pro tablets match upper-end Intel Core i7 performance. 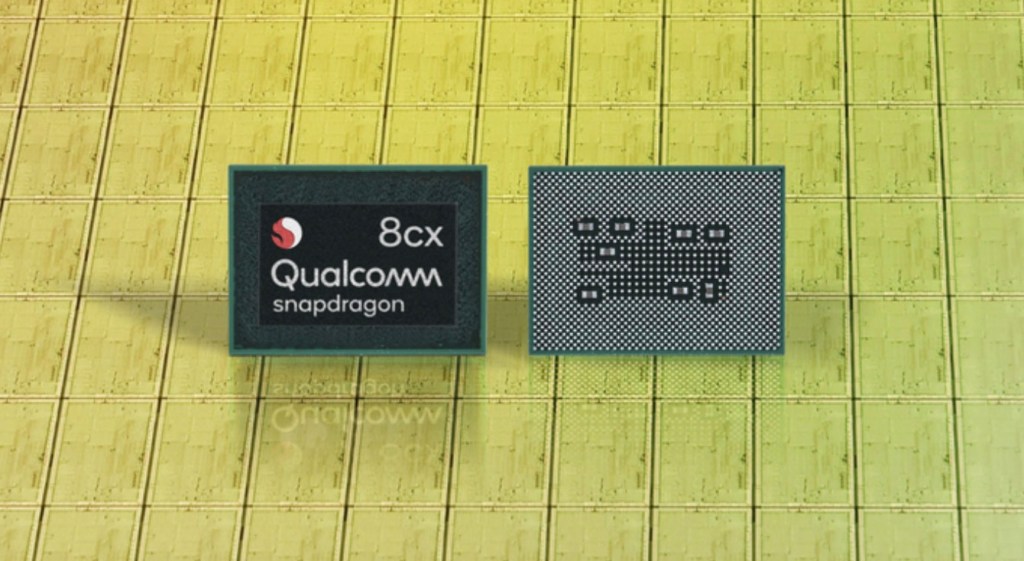 On paper, the 8cx system-on-chip shares some processors and components with the Snapdragon 855 announced yesterday, but it also includes “extreme” versions of other elements. For that reason, it’s the largest Snapdragon yet released.

Several components are shared between the 8cx and 855, including Wi-Fi 6 (802.11ax) and Bluetooth 5 wireless cores, a Hexagon 690 digital signal processor, and on-chip security features. Both chips also include a Snapdragon X24 LTE modem for up to 2Gbps cellular speeds, which while nice for a smartphone is a major step up for a laptop, promising 4×4 MIMO, 7x carrier aggregation, and license-assisted access. In the laptop, Qualcomm promises that users will see actual multi-day battery life, with around 25 hours of continuous usage.

Each of the 8cx’s other components improves upon what’s inside the 855, including:

Using a 64-bit ARM-coded demo of the racing game Asphalt 9, Qualcomm described the Adreno 680 as offering premium PC-quality gaming without compromising on battery life. It is capable of driving two 4K HDR external displays, and supports the latest DirectX 12 APIs, with up to 120FPS 4K HDR video playback — twice the speed of the Snapdragon 855.

Qualcomm’s full spec sheet discusses all of the platform’s major features in more granular detail. Battery life isn’t included in the specs and will depend on what OEMs pair with the processing platform, but Qualcomm says that the 8cx will maintain a “connected standby” status for its modem that leads to “instant on” connectivity while still offering multi-day battery life. 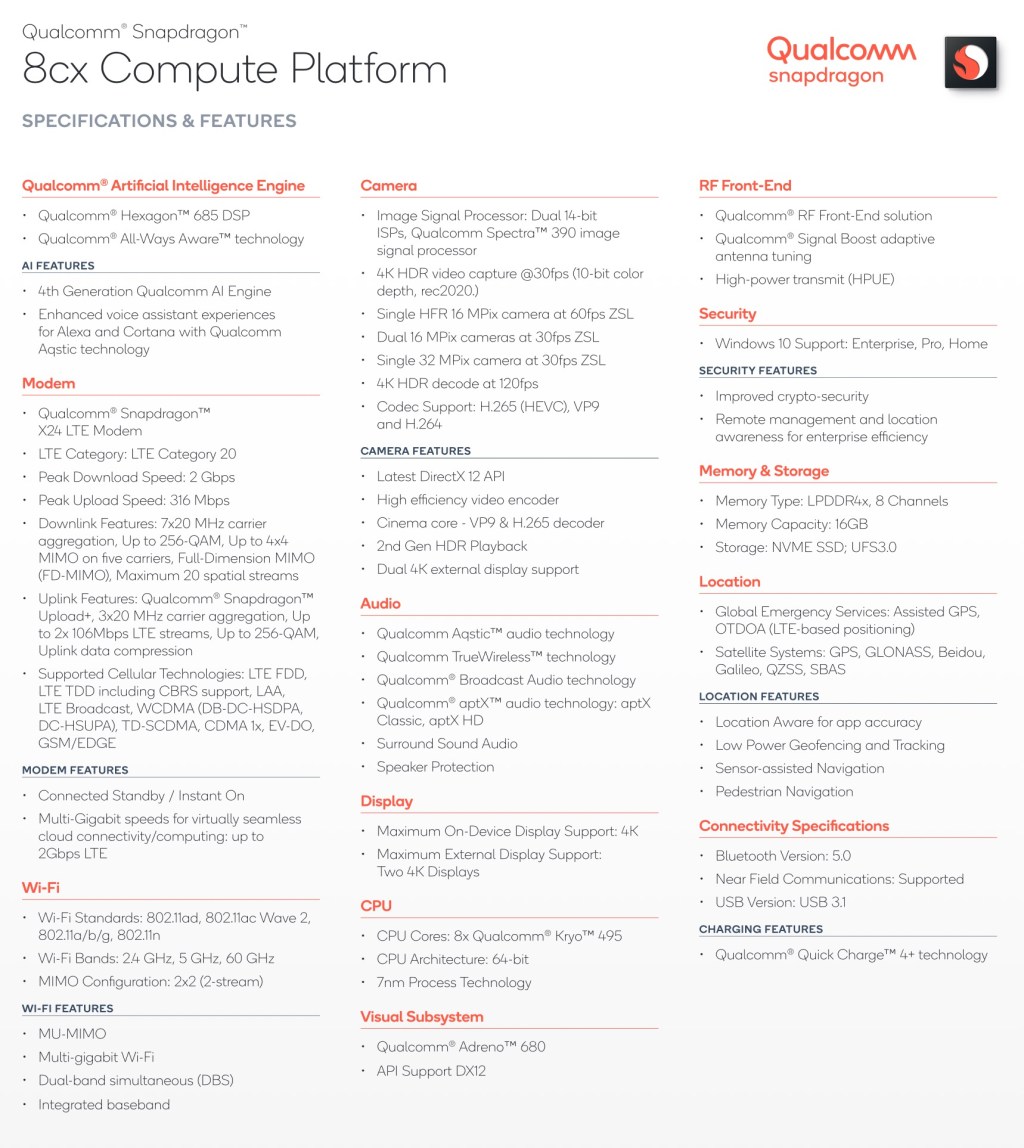 In early customer testimonials, Microsoft noted that the new chip has been certified for use with Windows 10 Enterprise and its secure collaborative platform Microsoft 365. Lenovo suggested that it will support new security features, such as IR camera sensing of the user’s current state of attention, automatically dimming the screen when it’s not being viewed. In a separate announcement, Mozilla said that it is creating a native ARM64 version of Firefox that will take full advantage of the 8cx’s performance.

The Snapdragon 8cx is currently sampling to OEM customers, and is expected to debut in Windows 10 laptops starting in the third quarter of 2019.