After yesterday’s announcement of names and bare concept outlines for its upcoming Snapdragon 865 and 765 mobile platforms, Qualcomm today detailed how the upcoming chipsets will perform, as well as how they’ll differ in 5G features. It also offered an expected on-sale date for the first consumer devices using both platforms: the first quarter of 2020.

During the company’s Snapdragon Summit event, Qualcomm engineering SVP Christopher Patrick discussed how the Snapdragon 865 began development three years ago, with features locked in two years ago, then final design and testing taking place in the final year — plus work with OEMs to place the chips inside actual shipping devices. At every step, the chip design and engineering needed to contemplate the battery and space constraints of ever-thinning devices. Despite that long timeline, features such as 8K video recording, 200-Megapixel still image photography, and the like are still cutting edge today.

One of the 865’s biggest improvements is the Spectra 480 ISP, which promises up to 2 gigapixels per second of processing speed for dramatically higher-resolution photography and videography. The chip supports up to 200-megapixel still photos, roughly twice the Snapdragon 855’s upper limits, as well as 8K video capture and unlimited HD 960fps slow-motion capture. Paired with the right camera, the 865 is capable of live-capturing Dolby Vision 4K HDR footage, a first for mobile devices, and can simultaneously snap 64-megapixel photos while recording 4K video. 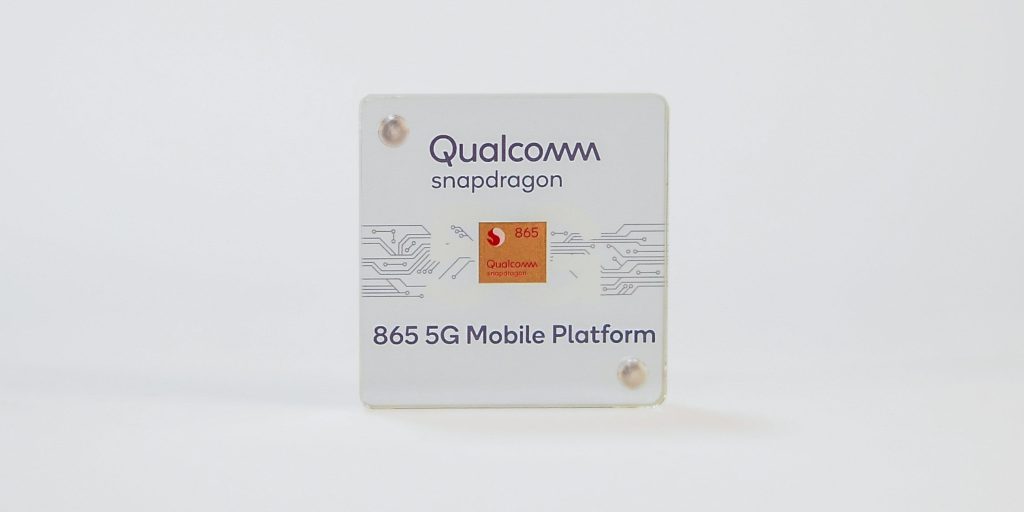 The Snapdragon 865’s GPU improvements are tangible, including the first mobile support for 144Hz HDR display refresh rates and between 20% and 100% improved graphics performance compared with the Snapdragon 855, depending on the specific feature. At 90Hz, the new GPU achieves a 35% power efficiency improvement over the prior chip.

But there’s an even bigger announcement: Android is adding support for updatable GPU drivers, allowing OEMs to release improved GPU settings through on-device app stores. Qualcomm also says that the 865 will deliver forward rendering abilities akin to PCs, including support for lighting and post-processing visual effects that were previously only available on dedicated computers, as well as better sustained performance over long gaming sessions.

There’s also an optional Sensing Hub and Low Power Camera chip solution with under 1 milliamp of power draw for voice wakeup word sensing, and under 1 milliwatt of power draw for an optional always-on camera feature. OEMs can choose whether or not to include this in the Snapdragon 865 or 765, enabling devices to act like a person resting on the beach — capable of responding to noises and opening their eyes when necessary, but mostly relaxing. It can also use audio and video input to determine contextually where you are, such as in your car, exercising, or at home, and change the device’s performance to match the setting.

On the AI front, Qualcomm’s fifth-generation AI Engine, Hexagon 698, delivers 15 trillion operations per second (TOPS) — twice as powerful as the company’s fourth-generation processor, and roughly equivalent to the AI capabilities of MediaTek’s Dimensity 1000 5G system-on-chip. It now includes a Hexagon tensor accelerator that’s four times faster than before, yet 35% more power efficient. Four threads can run in vector or scalar processing. The new AI Engine can be used for real-time translation of spoken dialogue into either a foreign language text or speech, as well as fusing multi-sensor, multi-input data streams to provide contextual data for voice assistance. It also includes new lossless 50% compression of deep learning bandwidth, freeing up the SoC for other tasks.

Using the company’s Snapdragon X55 modem, the 865 will support global 5G roaming and multi-SIM devices, connecting with all key regions and bands, including both millimeter wave and sub-6GHz frequencies. In addition to promising peak 5G speeds of up to 7.5Gbps, the 865 platform includes a previously-announced FastConnect 6800 Wi-Fi chip (14-nanometer) capable of delivering Wi-Fi 6 speeds nearing 1.8Gbps, while including Super Wide Band voice over Bluetooth for higher-quality audio communications, and 75% improved power efficiency.

There are also two major security-related improvements in Snapdragon 865. Qualcomm announced that working in collaboration with Google, the chip will will support secure drivers license and ID card storage, starting with Android R, so you can just carry your phone around rather than worrying about the last major physical card in your wallet. It also includes a device attestation feature for high-value transactions, enabling a bank to know that both the person and device are authenticated to facilitate a purchase. 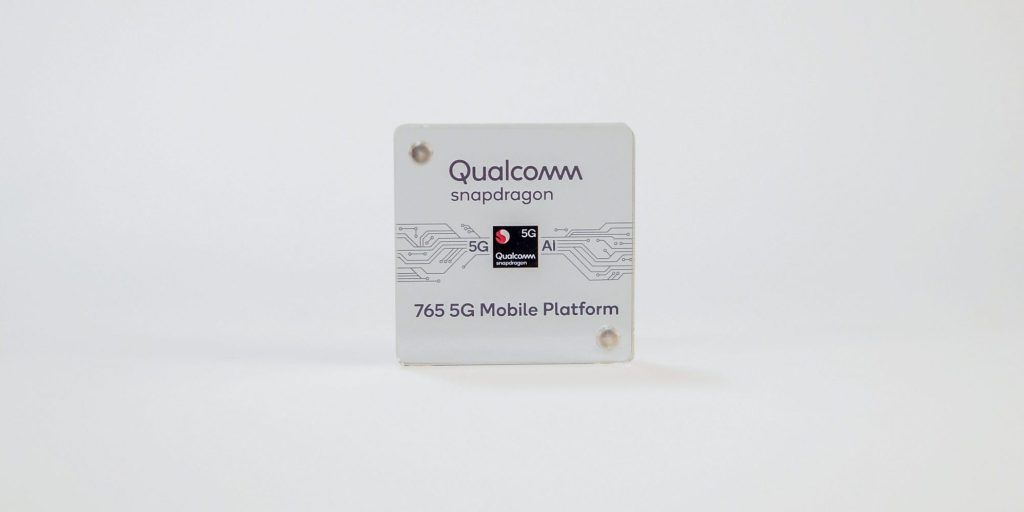 By comparison, the Snapdragon 765 and 765G are two midrange variants, the former made for mainstream smartphones, the latter with higher-performing graphics cores for gaming. Qualcomm is framing their 5G and AI performance as best-in-class, but in reality, many of the key features are unsurprisingly capped at sub-Snapdragon 865 levels. The performance improvements will be obvious to consumers of prior-generation midrange smartphones, but won’t wow flagship device users.

For instance, you get 4K HDR video capture capabilities, but not 8K, as well as the fifth-generation AI Engine mentioned above, albeit performing at a much lower peak than 15 TOPS. Similarly, both models feature an integrated Snapdragon X52 5G modem with 3.7Gbps peak download and 1.6Gbps peak upload speeds, plus global 5G roaming, multi-SIM support, and compatibility with both sub-6GHZ and millimeter wave towers. There’s also a Kryo 475 octa-core CPU with up to 2.3GHz peak speeds, plus Wi-Fi 6 and Bluetooth 5 support.

The key difference is in the Adreno 620 GPU. Snapdragon 765G promises 20% better graphics performance than the 765, thanks to binning of faster-specced chips. Thus far, Qualcomm is saying only that the 765G will provide “special game extensions and optimizations, smoother gameplay and more enhanced detail and colors” for “select premium tier experiences to gamers.”

On the AI front, the 765G will deliver 5.5 TOPS of AI performance, and Qualcomm expects that it will be used for upscaling HD video to 4K, improving charging speeds, and offering contextually aware voice command sensing without excessively draining the battery.