5G wireless promises to bring 5 gigabits a second wireless data to our smartphones, but it has always seemed like it was a million years away. But Qualcomm said today that it has successfully tested a 5G data connection on its Snapdragon X50 5G modem chipset for the first time.

The next-generation cellular technology known as 5G is expected to be a very big deal. Qualcomm paid for a research paper created by David Teece, professor at the University of California at Berkeley, and market researcher IHS Markit to assess the impact of 5G mobile technology — which Qualcomm is playing a big hand in bringing about — on the economy. That report said 5G would create 22 million jobs and $12.3 trillion in impact on goods and services by 2035.

Peter Carson, senior director of marketing at Qualcomm, said in an interview with VentureBeat that the prototype test for the Snapdragon X50 5G modem chipset worked the first time, and that’s important, given the effort to create 5G standards is also moving faster. The chipset delivered a speed of 1.25 gigabits a second (Gbps) in the 28-GHz millimeter wave radio frequency band. By the time the technology is fully ready, it should be able to transfer data at 5 Gbps, Carson said.

Earlier this year, Qualcomm led an effort to accelerate the creation of a 5G standard by about six months.

Qualcomm is making the announcement in Hong Kong at a trade event. The company said the demo will help accelerate the delivery of 5G services to consumers, which could still take years to materialize for most smartphone users. Qualcomm undertook the first demo at a lab in San Diego, California, using several 100-MHz 5G carriers. The company says the tech will usher in an age of significantly better network capacity.

Qualcomm announced its design for a 5G modem chipset last year, and it predicts that the first 5G networks will get off the ground in 2019, after standards are put in place by various engineering bodies. Qualcomm believes it can launch 5G tech for smartphones and networks in the first half of 2019. 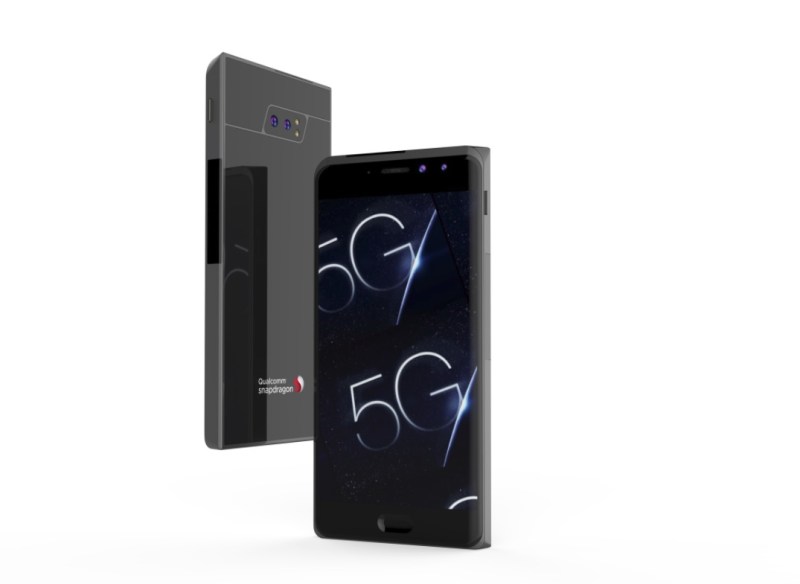 The current prototype test used two channels to get to the 1.25-Gbps speed. Ultimately the 5-Gbps tech will use eight channels.

“It often takes many iterations to get a chip to work right, but we executed on the new silicon,” said Carson. “Our next step is a commercial launch in 2019. Our reference design will be ready in 2018. The goal is to have operator services in 2019.”

Qualcomm also unveiled its Snapdragon 636 mobile chip for better gaming and display technology in smartphones. The chip is one more member of a family of chips that will power the latest smartphones and tablets. The Snapdragon 636 is expected to ship to customers in November 2017.

Lastly, Qualcomm said that it has made new additions to its radio frequency chips that operate in the 600-MHz spectrum. T-Mobile is deploying 600-MHz spectrum networks that should deliver better reception, call quality, and data performance for smartphone users, Carson said. The new Qualcomm tech should be in commercial products late this year.