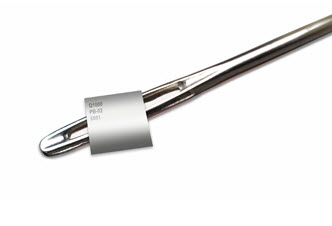 The chips, which took more than six years to develop, could play a huge role in making smartphones more powerful and have longer battery lives.

“Most of these new phones operate at very high speeds and so they need a power supply that operates at high speeds also,” said Vikas Vinayak, chief executive of Quantance, in an interview. “But batteries and power supplies are too slow. They have not kept up with the consumer’s voracious appetite for accessing mobile content and applications when and where they want them.”

Most power supplies aren’t good enough to deal with the rapidly changing needs of a smartphone, which could be using a little bit of power one second and using a lot the next because the user answers a phone call or initiates an application. The benefit of Quantance’s better power supply chip (pictured right), which will cost 50 cents to $1, is that it enables faster data uplink speeds, improved performance, and better network reception for smartphones, tablets and data cards.

The power supply’s job is to efficiently take power from a battery or a bus and deliver it to various circuits inside an electronics device such as a smartphone or tablet. It must deliver the power in the right amount and do so at a high speed. The problem is that some existing power supplies can generate voltage efficiently and others do it quickly. But none can be simultaneously quick and efficient.

Most power supplies deliver more power than is needed, because if they deliver less than is needed, an application will fail and you’ll get the mobile equivalent of the Windows “blue screen of death,” Vinayak said. With such overkill, the designer can be certain that a call will never get dropped because of inadequate power moving to the radio. But delivering too much power is inefficient, and it means the device will run out of power too early.

“We deliver the exact amount of power needed in the exact place, because our power supply is so much faster,” Vinayak said. 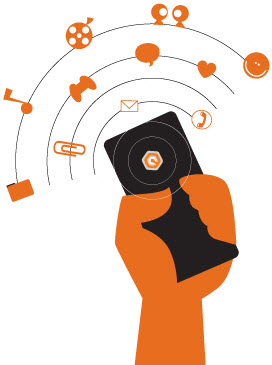 It’s all possible because Vinayak, a radio frequency and analog design engineer, reworked a key formula used by radio-frequency engineers to calculate efficiency.

While waiting to get his Green Card, Vinayak happened to take an online Stanford University class on mathematical communication theory, via the Stanford Instructional Television Network. (It is now known as the Stanford Center for Professional Development). As he did so, he realized that the formula that most RF engineers use to calculate efficiency was incorrect. He worked out the correct formula, but he was shocked to find that the correct formula and the industry’s incorrect formula both gave the same number for efficiency — one reason it was never detected.

Vinayak then tried to reconcile the different equations mathematically and managed to develop a new one. It turned out the equation could be true only if certain properties were true; and subsequent math simulations proved them to be so.

“With this, I knew how to design the world’s fastest response power supply that was also highly efficient,” Vinayak said. “I loved analog circuits, and found I had to do something totally opposite of what was taught.”

Vinayak formally founded the company, which is based in San Mateo, Calif., in 2006. To build its chips, the company has had to gather expertise in analog design, digital signal processing, and radio frequency design. All of that resulted in a tiny package that is just 1.5 millimeters square in size.

Vinayak patented a technology that combines efficient analog computation with digital switching technology to respond to changes in power requirements about 100 times faster than other power supplies on the market. Conventional power supplies for 4G smartphones respond at 4 megahertz. But Quantance’s technology works at the equivalent of 400 megahertz, without drastically reducing efficiency. That allows uplink data speeds to be improved as much as three-fold, based on field trials, Vinayak said.

Vinayak acknowledged it was “pretty hard” to convince investors to fund a chip company, since almost no chip companies are raising money these days. But his company jumped through a series of hurdles to earn its credibility. First, the company had to create prototype designs and then produce working chips. The potential customers then offered their feedback on the new features they wanted.

“The technical part was very tough, and then we had to convince companies to take a risk on us,” Vinayak said. “We are lucky to have investors that understood what we wanted to do.”

Quantance had to then go back and redesign its chip and produce more working samples. The whole process took more than six years. By 2012, Vinayak expects smartphones with Quantance chips to debut in the market.

Most semiconductor companies have tried to create the same technology, but most have given up. Quantance is talking with many of them to be potential customers. A handful of related startups also failed, which was why it was so hard to raise money, Vinayak said.

The investors include TD Fund, Granite Ventures, InterWest Partners, and DoCoMo Capital. Eric Zimits, managing director at Granite Ventures, said that Quantance is a leader in a market that could consume 10 billion devices over the next eight years. He expects Quantance’s technology to appear in many 4G devices.

The funding will help the company launch chip production as well as design new chips. Taiwan Semiconductor Manufacturing Co., the biggest contract chip manufacturer, will make the chip for Quantance.

Quantance has 18 employees and it hopes to increase that by 50 percent this year. One unnamed manufacturer is designing Quantance’s solution into a power supply for a device that will begin prototype production later this year. A carrier will then put the mobile device through product trials. Volume production could begin in 2012.

“Most of the companies are talking to us now, and I’m not aware of any company that is ready to ship a production device here,” Vinayak said. “We are the only ones doing this.”