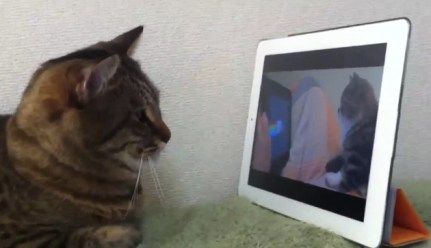 With consumers watching more and more video content over the web via tablets and smartphones, carriers and ISPs are going to need help preparing their networks for the onslaught of traffic.

Enter Qwilt, a new startup emerging from stealth mode today aiming to offload the stress of providing popular video content to consumers. The company also announced today that it has raised $24 million across two rounds of funding from Accel Partners, Redpoint Ventures, Crescent Point Group and others.

With video now taking up 40 percent of consumer traffic on the web, carriers will have to scale their networks by ten times to keep up with the demand expected in five years — that is, unless they take advantage of Qwilt’s solution. The company offers a product that can be seamlessly integrated into network providers’ existing infrastructure, and which intelligently determines popular video content and pushes it to subscribers.

That means less stress for networks, since videos can be accessed more locally instead of constantly being downloaded from the web. And despite that change, users won’t notice any difference in how the video reaches them.

Qwilt’s network will also offer carriers a way to monetize the video that goes through their networks, similar to the services currently provided by content delivery networks like Akamai.

“The recent rise of bandwidth-usage caps shows how difficult and costly it is for carriers to deliver sophisticated video services today,” said Qwilt CEO Alan Maor in a statement today. “Their networks are simply not architected for it. Qwilt offers a win-win-win solution for carriers, content providers and, most important, users.”