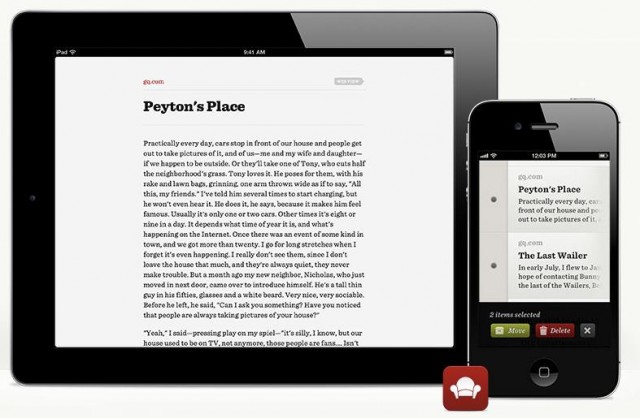 Remember that scathing letter the Readability team penned to Apple back in February of 2011, when they were first rejected from the App Store? Well it seems like Apple is finally ready to forgive, approving the Readability app, which goes live this morning for iPhone and iPad.

The initial conflict concerned the 30 percent fee that Apple takes on every in-app purchase. As Readability wrote:

We might as well share how we’re feeling right now: we believe that your new policy smacks of greed. Subscription apps like ours represent a tiny sliver of app sales that represent a tiny sliver of your revenue. You’ve achieved much of your success in hardware sales by cultivating an incredibly impressive app ecosystem. Every iPad or iPhone TV ad puts the apps developed by companies like ours front and center. It was a healthy and mutually beneficial dynamic: apps like ours get exposure and you get to show the world how these apps make your hardware shine. That’s why we’re a bit baffled here.

Since the Readability app was already splitting subscription revenues 30-70 with the writers and publishers who featured articles were on its service, it couldn’t afford to split that 30 percent again with Apple. They saw themselves as more of a software-as-a-service business, not an app selling goods directly to the consumer. An e-mail from the same time last year, supposedly sent by Steve Jobs, clarified that SaaS apps would be exempt from the 30 percent Apple cut.

Readability has always occupied the moral high ground, in that they created a very popular piece of open source technology, a parser used by other apps like Pulse and, ironically, by Apple itself. As the letter noted, “It’s your friends from Readability. Remember us? You put our technology into your Safari browser last year.”
The Internet came to the company’s defense, but Apple shut them out. Now, after a year in penance, it seems they can finally get down to business on iOS.