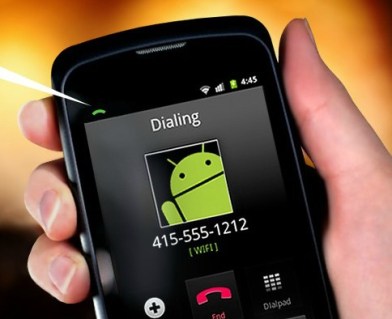 Spinning the notion of what makes a wireless carrier on its head, Republic Wireless today announced its “Hybrid Calling” network, which offers no-contract talk, text, and web access for just $19 a month.

The company likens its network to hybrid cars — instead of relying entirely on expensive cellular bandwidth, Republic Wireless has built its phones to utilize Wi-Fi networks whenever possible.

Most of us are surrounded by Wi-Fi connectivity at work and home, so it makes sense to rely on those cheaper (and much faster) networks. Once you leave a Wi-Fi network, the company’s phones switch to traditional cellular access (relying on Sprint’s network).

“Wi-Fi is ubiquitous and cheap,” Republic general manager Brian Dally said in a statement today. “Cellular spectrum, by contrast, is expensive and controlled by the few. So we inverted the status quo, routing everything over Wi-Fi whenever possible and relegating cellular to its proper place – when we are outside of the home, office, or hotspots.”

The company says it won’t charge overage or roaming fees when subscribers are on the cellular network. You’ll have to pay $199 to sign up for Republic’s service, which provides you with an LG Optimus Android smartphone and a month of free service. After that, you only have to pay $19 a month, with no contract or termination fees to worry about.

As part of Republic’s fair use policy, each subscriber will need to operate at least one Wi-Fi connection of their own. That shouldn’t be a problem for anyone who already has a home internet connection though.

Hybrid Calling is an interesting solution to the industry-wide problem of scarce cellular bandwidth, but it remains to be seen if the company can stay afloat with its uber-cheap plans.

Republic Wireless is a subsidiary of the Internet phone and services company Bandwidth.com.