While it’s fairly common knowledge that iOS and Android users have different priorities and tendencies, one wouldn’t necessarily guess that Apple customers have a more than 300 percent higher conversion rate in key app categories. It might also come as a surprise that certain cultural groups, regardless of location, stay engaged and convert at more than double or triple the rate of others, and for several hours later into the evening.

In its new report, mobile ad attribution vendor AppsFlyer analyzed more than 1.1 billion paid installs of over 6,000 apps during the last 6 months to see what works and what doesn’t. When it comes to mobile app marketing, iOS and Android users show some striking differences across the hundreds of attributes (location, content preference, behavioral demographic, etc.). The report covers click-to-install data and retention (how long someone uses the app over one week, one month) for both iOS and Android users around the world in key app categories – including gaming, productivity, and music.

At VB Insight, we’ve also dedicated significant analytical firepower to evaluating the mobile ‘enablement’ solutions that the most successful apps use to grow users and profitability.

Take advantage of VB’s bundled mobile report offer to get the data, vendor reviews, best practices, and insights you need to leverage mobile marketing to the fullest in 2016.

Get 66% off all three top mobile research reports.

Here are some highlights from the AppsFlyer report: 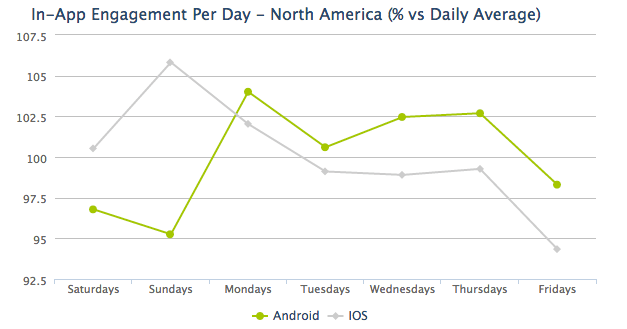 The app marketplace is nothing if not competitive. App marketers hoping to stand out from the millions of others have to pull every lever possible to extract revenue from their apps. While mobile ads have historically been the most under-invested digital marketing category, that tide is rapidly changing, especially in areas like mobile video.

The AppsFlyer report also shows just how differently Android and iOS users behave around certain app categories. For instance, iOS users are almost four times as likely to convert and to become high-value customers in the health and fitness category — whereas Android users are far more loyal in terms of travel, entertainment, and utility apps. 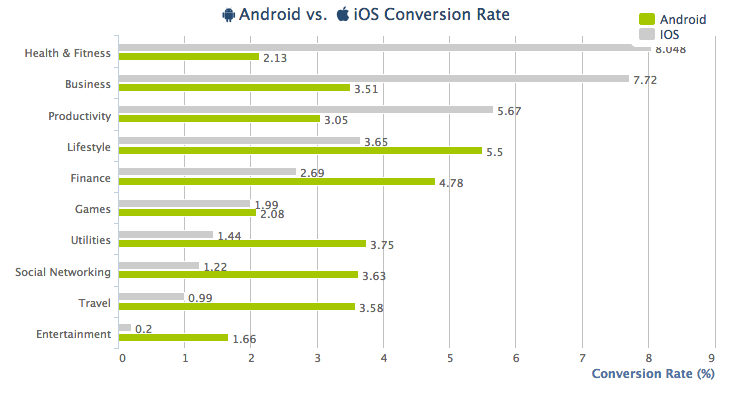 The traditional thinking has been that iOS users tend to be more affluent (tending to buy more expensive Apple devices more frequently). As it turns out, these users are also more inclined to install and engage with apps during prime ‘leisure’ hours — evenings and weekends.

That same data point couldn’t be more diverse and nuanced across different cultures, however — Asian users’ highest levels of engagement are on Fridays, while Latin American users favor Tuesdays, for example. Latin Americans also engage with apps in far later hours of the evening — peaking around 11 p.m. or so, whereas most other countries see peak usage between 6 p.m and 8 p.m.

Putting this kind of data to work can increase profitability for millions of mobile apps, and may even mean the difference between success and failure in 2016.