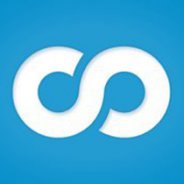 RIM, maker of the popular BlackBerry devices, announced Tuesday that it has acquired social gaming company Scoreloop. Terms of the deal were not disclosed.

Scoreloop’s focus is to help mobile game developers with add social elements and in-app billing to their apps. Now the company will expand its focus to help BlackBerry’s application platform incorporate those features and take on the difficult task of catching up BlackBerry’s app abilities to that of its peers.

Scoreloop did not offer a BlackBerry version of its SDK before the announcement, but Marc Gumpinger, Scoreloop’s CEO, said on the company’s homepage that the its future BlackBerry solution “will be unparalleled.” Surprisingly, it also noted that the company will still offer a “cross platform approach” to assist developers from many platforms to make gaming more social.

The move is important if RIM intends to stimulate app development and it’s likely RIM will use Scoreloop’s SDK to improve its BBM social platform. At this point, RIM’s BlackBerry game and app offerings appear dramatically behind those of Apple’s iOS, Google’s Android, and Microsoft’s Windows Phone 7.

Even with the BlackBerry Playbook tablet selling surprisingly well, every move RIM makes looks like it’s playing catch up instead of moving mobile technology forward.