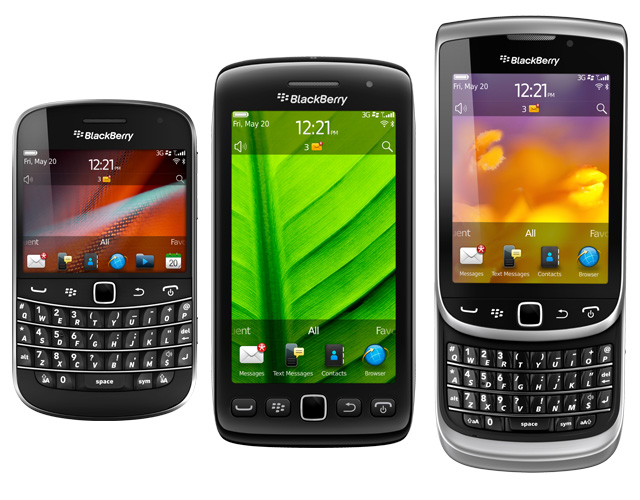 Research in Motion beat Wall Street expectations with the results of its fiscal second quarter of 2013 today, and investors have responded in kind by shooting the company’s stock up 17 percent in after-hours trading.

RIM has had much trouble in the past few years as its BlackBerry brand continues to look antiquated next to what Apple, Google, and Microsoft have been cooking up. The company will release devices running its upcoming BlackBerry 10 operating system in early 2013. It released a strange music video this week trying to keep app developers interested in the BB platform.

With all the negative vibes and heavy competition, this quarter at least looked decent. Revenue was $2.9 billion, down 31 percent from the same quarter a year ago, but up 2 percent from $2.8 billion last quarter. Net loss was $235 million, or $.45 per share diluted.

Thomson Reuters said analysts expected RIM would report revenue of $2.48 billion and a loss of $0.46 per share.

RIM shipped about 7.4 million BlackBerry smartphones and 130,000 BlackBerry PlayBook tablets in this quarter.

“Despite the significant changes we are implementing across the organization, our second quarter results demonstrate that RIM is progressing on its financial and operational commitments during this major transition,” RIM CEO Thorsten Heins said in a statement. “Subscribers grew to approximately 80 million global users. Revenue grew sequentially from the first quarter, cash, cash equivalents, short-term and long-term investments increased by approximately $100 million to $2.3 billion. And carriers and developers are responding well to previews of our upcoming BlackBerry 10 platform.”

Investors seem to be happy with this quarter’s results. RIM is trading up more than 17 percent to above $8 a share in after-hours trading. The stock had closed the day at $7.14 a share.