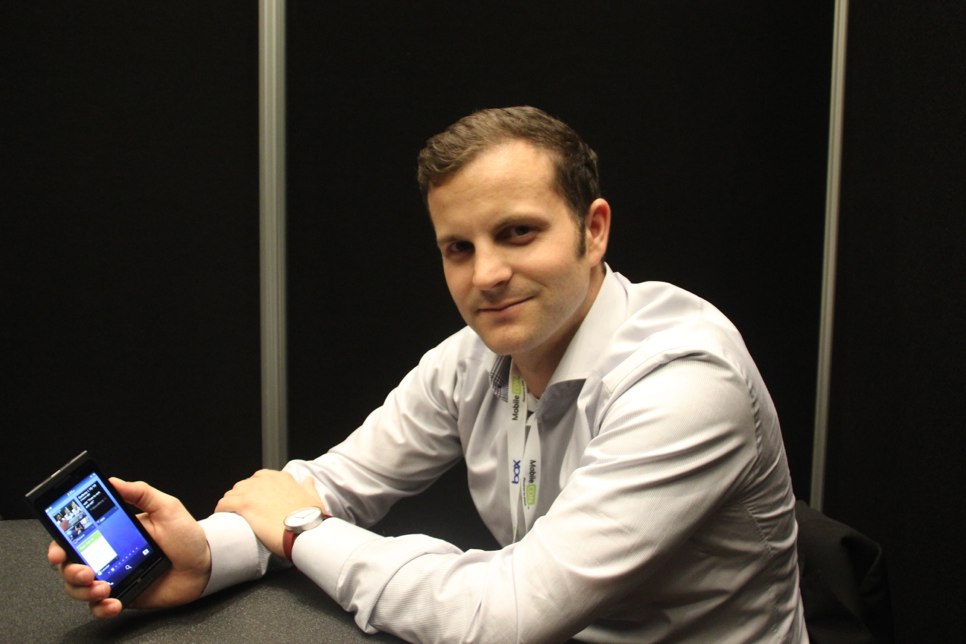 SAN DIEGO, Calif. — BlackBerry 10 is late. Late for its originally scheduled release date, and even later to a mobile revolution that some say has already been won by Google and Apple. But the word “late” doesn’t seem to be in RIM’s lexicon.

“I don’t think we’re coming late, per se,” Jeff Gadway, senior manager of brand and marketing communications at Research In Motion, told me today in an interview at CTIA MobileCON. “The smartphone category as a whole is really just in its infancy. There’s still a tremendous amount of smartphone growth both in the United States and around the world.”

“Growth” is an interesting word, especially when you consider that the inverse is happening to RIM’s mobile subscriber base. By comScore’s calculations, RIM lost 3.1 percent of its mobile U.S. subscriber share between May and August. The company, still number three in the platform race, now holds just 8.3 percent share of the smartphone subscriber market. 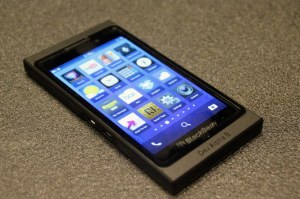 Perhaps, for RIM, things just have to get worse before they can get better. The company is the unenviable position of bringing to market a mobile operating system and platform that must resuscitate a dying brand and return profits. Everything rests on BlackBerry 10, the operating system and the six new devices promised for 2013.

So, what’s so special about BB10? This sure sounds like one big hustle, but Gadway said that BB10 is all about the flow.

“We’re hearing that there’s a lot of fatigue in terms of user experience in the market. The paradigm that people are used to today, going in and out of applications using the home button, applications operating in silos … I mean, this is five, six years old now. People are looking for a better way to be able to move through all the tasks, and all the things that they’re being met with over the course of the day. Today, what you have to do is go into multiple applications to complete a simple task,” he said.

BB10 is the answer to the headache, giving people a new mobile flow that allows them to move quickly through all of their tasks.

“What we’re trying to do is streamline [the multitasking] process, break down the silos that exist between a lot of those applications … and introduce a new flow to the whole user experience paradigm,” Gadway added. “That’s something we’re confident is going to set us apart.”

Swipe down from the inbox to see what’s coming next or toggle between accounts within the BlackBerry Hub. These are the time-saving (world-changing?) mobile features that Gadway speaks of.

“It’s all about trying to put information that you’re going to need at your fingertips so you don’t have to go looking for it,” he said.

Sounds lovely and all, but successfully marketing that message to customers who’ve long moved on to Android or iPhone devices seems like stretch. That’s why RIM is starting early on the messaging front, Gadway told me.

Gadway also pointed me to some of BlackBerry 10’s finer details, as seen in the video below. The photo experience, for instance, includes a rather nifty time-shifting element for adjusting the shot and changing the final product.

Say you snap a photo of a friend and her eyes are closed. With time-shift enabled, you can scroll through different frames of her face, all captured while you were shooting the original photo, to pick the frame that portrays your bestie’s face in the best light. Best of all, the feature works for each person in the shot.

“I can create a moment that never existed,” Gadway said.

Little will these features matter if BlackBerry 10 doesn’t land the most desired applications. Facebook, Twitter, and LinkedIn are guaranteed, but others such as Instagram are not.

Gadway did say, however, that of the developers who RIM has seeded with prototypes, 99 percent have indicated that they’ve started work building for BlackBerry 10. The company handed out 6,000 developer prototypes before opening App World to developers today. So, that’s something.

But, for now, all we’ve got to go on is a whole lot of hustle and just the promise of flow.